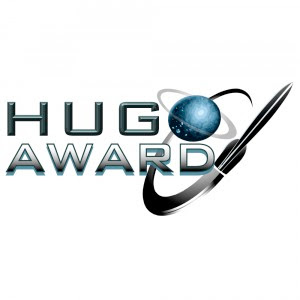 Beginning my second decade of reading SF, which ends around the time my life became more interesting than I really care to talk about.  I had been writing stuff on and off for a number of years, and selling some non-fiction work to magazines, but an enforced change career meant I put everything on hold.  The harsh reality of needing to be able to afford to have somewhere to live and food to eat.  Boring real life stuff, which resulted in me gafiating from SF Fandom.

During this period I attended Seacon in 1984, and even did some gophering, and as I've said I was Doris Lessing's minder during the con.  I even published a fanzine,and I was also a member of P-APA for a while.  I know I went to both Yorcon 3 in 1985, and Albacon3 1986, followed by Conspiracy, which was the 1987 Worldcon.  So definitely this period reperesent my peak involvement with SF Fandom and its effects on my reading choices.

Again the link for the Hugo Wikipedia page is here.

There were ten winners during this period, and forty-one other novels that were nominated.  I've read nine of the ten winners, and fifteen of the forty-one runners up. This is the first decade where I haven't read all the nominees in any of the given years.  The only Hugo winner I've not read was Hyperion by Dan Simmons.

Given that now I have more nominees that I've not read, rather than listing them all I shall just list one's that I want to comment on.

First off is Friday by Robert A. Heinlein,  which for me probably marks peak Heinlein, because I stopped reading any of his new books after Time Enough for Love.  I still enjoy re-reading his earlier works, but once he started writing big fat doorstops I walked.  I think this may mean I have an aversion to reading big fat doorstop books, which would also include his Job: A Comedy of Justice.  However, I will note for the record that I've re-read quite a few of Heinlein's novels since then, Double Star being one of my favourites along with The Moon is  Harsh Mistress, and Starship Troopers.

Robots of Dawn by Isaac Asimov, didn't grab me, and this again probably indicates I've reached peak Asimov.  In this case it was more a matter that I missed the book at a time when I had other stuff to contend with, and I wanted to read different books.  Again I've re-read a couple of his books since then.  The End of Eternity, because it's my favourite novel of his, and I recently bought another copy of The Gods Themselves to re-read, because it deals with parallel universes.

I have also not read Integral Trees by Larry Niven.  The concept didn't grab me, and again I think this means I've reached peak Niven.  However, while I've not read Footfall by Larry Niven and Jerry Pournelle, I may well read it someday, because alien elephants.  Again I've re-read The Mote in Gods Eye and The Moat Around Murchison's Eye aka The Gripping Hand between then and now.  Clearly some stories appeal to my tastes, which when you think about it is obvious.  It's what defines our tastes; what we like and dislike.

The real surprise for me from this period is how little of Greg Bear's work I've read.  This may be down to senility, and being unable to tell Bear, Brin and Benford apart (that's a joke).  So that's all I have to say today, more tomorrow.