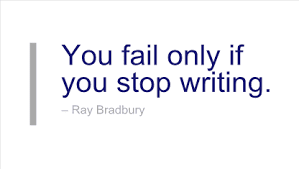 I've been totally immersed in editing this week.  A roaring rampage of re-writing, and it's all the fault of a single tweet from someone I follow on Twitter about Autocrit.  I tried it, the interface looked nice, but I got so many emails over the weekend that I felt I was being spammed.

Still the idea was good and I started to look at reviews.  The one at Editor made for interesting reading.  However, there's a difference between theory and practice and what I as an aspiring author wants, rather than a critique of editing functionality.

In the process I found the Hemingway Editor and ProWritingAid.  So I spent the weekend playing around with them.

A simple no frills writing tool.  It's lovely.  Does what it says it does.  Cheap too.   I bought it, and what more can I say?  For me it seemed to reveal my writing quirks in a natural and intuitive way.

At first I wasn't sure.  The interface is not as slick as Autocrit, but the reviews were good, so I decided to give it a test run.  Try it out.  Kick the tires so to speak.  After a week of pasting in text and analyzing the results, working through the various reports I now think I have a good handle on it.  What it did for me was allow me to read my text with a fresh set of eyes.  Drawing my attention to possible problems with my writing.  Things that I found good:

The program also has what it calls a combo report that pedantically list every fault it finds paragraph by paragraph.  At first this was a bit overwhelming to say the least, but by the end of the week I was able to parse it better and take from it those things that I needed.  The only thing that I still can't get my head around is what they call a transitions report, because I'm confused by the wording and numbers so I can't tell if a low number is good or bad.

The other thing that spurred this flurry was some feedback I had from my last Beta reader, David Barrow, who commented that he felt that my hero was just observing the action, rather than immersed in it.  Once I started removing the over used words I could see what he meant, because the text was much punchier without the "I heard' and "I saw" etc.

I can't afford to buy it but my partner is going to buy it for me.  I'm so lucky to have her.

So, this week I've run through Bad Dog again removing 879 words in the process, and now the novel  runs to 84,095 words.  More importantly I've got a better handle on what was nagging me about my story.  So this is all good.

Finally,  I read an interesting article by Steven Pinker on the Guardian website this week, which I will talk about more once I've read his book, which my partner has ordered for me.  It will be another early Xmas present.
Posted by  Ashley at 20:36