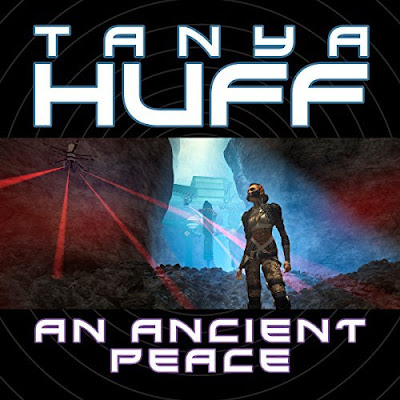 This is the latest book in The Confederation Series by Tanya Huff, and I'm going to be cruel and post a link to the series TV Tropes page.  Be warned you can lose days clicking on links, I know I did.

An Ancient Peace is the sixth book in the series but I would say that you can start here as easily as anywhere.  Yes, you'll have missed the backstory, but there's enough call-backs to tide you over and allow one to be immersed in the Confederation universe.  Arguably the first book in the series is the weakest, but I should qualify that by saying this is only because the battle is a call back to Rorke's Drift, which bugged me a bit, but may not be an issue for those who are not into military history.

It should go without saying that this book is one I would recommend if you like military SF in a reasonably hard SF setting – not super hard as there's FTL but otherwise nothing egregious.  The main character is engaging and the supporting characters are well drawn with some interesting character quirks for the aliens. Again, arguably, the series has gone from hard Mil-SF to mildy-military as the main character leaves the Marines in book five for very realistic reasons.

Besides reading we've also been watching Hell On Wheels, which is a TV Western series about building the first transcontinental railroad across America.  It's a bit like Deadwood, but with a lot less swearing.  Every time we hear the theme music it makes us think of Firefly.  Be warned there's a lot of violence, which shouldn't be that surprising given the historical setting.

Writing wise I managed to do a first pass edit of five more chapters for a total of 16,538 words worth of work this week.  I'm just about to move into act five, which means I have 13,757 words to go.  So hopefully this week will see me finish the first pass edit.  Then I want to do an out loud read through to complete the third draft of Ghost Dog.  After that I'll let it rest while revising Strike Dog in light of the Beta reader feedback.

Still no word back about Bad Dog, which means that's it for another week.  Catch you all later.
Posted by  Ashley at 13:12 No comments: 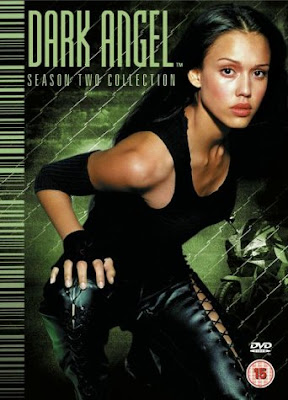 The blah, blah, being where the heck has it gone.  I'm sure it was only yesterday that I posted last weeks blog only to find that was ten days ago.  Still no news from the agent, but I don't expect to hear from him for another week or so.

In the meantime, Susan and I have been re-watching Dark Angel the James Cameron TV series from 2000.  Season one is really good, every episode working for a living with little or no padding of note.  The second season is still good but reverts to standard TV show tropes of having a Halloween show that really doesn't add much.  Saying that the second half of season becomes tighter and overall I'd say if you haven't caught this show it's well worth watching.

Writing wise I've been plugging away on the second draft of Ghost Dog.  Over the last ten days I've sorted through and revised 23,500 words, which isn't bad, and this takes me up to 63,848 out of the running total of 95,317 words.  So the end is in sight.  My plan, after finishing, is to let it rest while working through the Beta reader comments on Strike Dog.  So I have plenty of work on my plate.

I've also finished my Elementary Introduction to Archery course and was given a Certificate of Merit, which means when I go next week I will be standing on the grown-ups shooting line.  I've been really enjoying learning how to shoot a bow and the bug has really bitten i.e: thinking about how to improve my form and, more to the point, wanting to go shoot some more arrows.

And yes, one day, in a yet to be written story, there will be shooting of arrows (actually as my Beta readers will attest there's already been a scene referring to the shooting of arrows already) so I will now be able to write a convincing description of shooting arrows when the time comes.

As always, thank you for reading and catch you all later.
Posted by  Ashley at 15:21 No comments:

Bad Dog: I Need an Agent 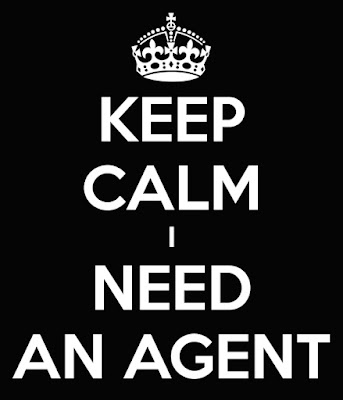 As I write this blog I have the song I Need a Hero running through my head.  But imagine for a moment the song is about literary agents instead.  Well in my mind anyway it's what I can hear, and if you can't who can resist the Pixar's plundering of an old song for Shrek?  It's worth watching for all the shout outs to other films too.

So yes, Bad Dog is finished, as in I don't intend to revise, or add anything unless someone buys it, and says they'll pay me to do so.  And yes, I have sent Bad Dog out to an agent and hopefully, fingers crossed, they'll like it and want to represent me.

Have I mentioned the sense of palpable relief.
Posted by  Ashley at 21:10 1 comment:

These include having thoughts about the feedback I've received of Strike Dog from my Beta readers, which I'm not actioning until I get the last lot back from Clive, who if he is reading this will no doubt think I'm chivying him.  I'm not Clive, you have until the end of January.  The other big distraction was answering the questions the editor had about Bad Dog.

So last week I managed work on three chapters of Ghost Dog, total 10,030 words, and gnawed by anxiety I reviewed and revised the first five chapters again for a total of 11,777 words, which is OK given all the distractions and losing track of where I was.

Yesterday I got back the editorial copy Bad Dog and on Monday I will start work on reviewing the changes.  So, I'm rather excited about that and it's all good.
Posted by  Ashley at 18:45 No comments:


I enter year the third of writing with what I hope is the light at the end of the tunnel, namely sending Bad Dog out to do the rounds once the final edits are done.  It's been a long hard slog, far harder than I imagined when I started.  While I went into writing full-time with my eyes wide open, I hadn't foreseen the impact the process would have on me.  This all sounds remarkably self-centered, but it's more a comment about the impact of working alone and processing critical feedback from third parties.

With regard to word counts: I've written 64 posts for this blog that comes to 30,638 words, up from last years 23,201; then there's the 45 post for my wargaming blog which amounts to 14,113 words, up from 12,559, which is especially surprising considering that I feel I've been neglecting model making and painting; I revised Bad Dog twice this year for 174,320 words; I'm on my third revision of Strike Dog which makes 245,197 words; and I've started work on Ghost Dog and have gotten about halfway through the second revision for 149,615 words; grand total 622,701 words or not depending on how one accounts generating new words versus editing old ones (see last years post where I discuss whether to count high or low).

Either way I've written about double what I managed last year.

That doesn't mean that any of the writing I did was any good but quantity does have a quality all of its own.  I really wanted to start writing a new story in 2015 but, until I finish what I've started, I have to be disciplined and just knuckle down and get my work out into the market.

However, one consequence of all the work I've been putting into my military SF trilogy this year is that my Call of Cthulhu novel has suffered from a severe case of neglect.

Also, I'm currently in the special kind of hell reserved for writers when faced with editorial changes for my finished novel Bad Dog that's distracting me from thinking about the structural changes I need to make from the beta reader feedback for Strike Dog (like last time, Brian McCue has gone above and beyond the call of duty, and without his sterling work I wouldn't have the tools I need to write the story I want to tell), while trying to complete the second draft of my third novel Ghost Dog.  Cue violins.

So, now it's the time to reflect a bit on what I've read last year.

Totting up my list, I see I've managed to read 26 novels, two of which were non-SF: Team Yankee by Harold Coyle and Red Storm Rising by Tom Clancy. I wanted to get around to Cauldron by Larry Bond but failed, maybe next year. These are all part of my research into what are considered successful military novels for my idea of turning my short story Territory into a sprawling military SF novel about AIs in a future war.  Inspired by the Bolo series by Keith Laumer.  On the basis if one is going to steal ideas one steals from the best.

As I only managed to read 16 novels in 2013, and the same again in 2014, reading 26 this year is a big improvement.  However, in 2013 I read eight non-fiction books but only one in 2014, and two in 2015.  So while I'm up on the previous year I'm down overall.  What I take away from this is that I need to be a bit more disciplined about taking time to read things other than news articles and journals.

The point being that reading helps one become a better writer.  Perhaps not as much as writing more but, for example, reading Cherie Priest books made me look at how I structure my stories by manipulating sentence length.  A learning process that I'm still assimilating and making my own.

Let me finish by wishing you all a Happy New Year and thank you again for reading my blog.
Posted by  Ashley at 15:02 2 comments: