The video above is a visualization created with mathematics of a spacetime manifold. I thought this was an excellent representation of what looking at what our universe would look seen in 4D spacetime.

Yep, this is the stuff that goes through my head, and all part of the research that goes into my Gate Walkers holographic multiverse setting.
Posted by  Ashley at 14:57 No comments: 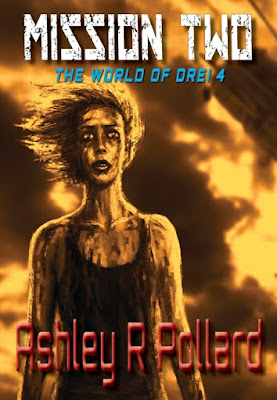 Mission Two is now available and in due course there should be a working World of Drei series page on Amazon (currently up, and sorted).

Anyway, at last Mission Two is on sale.

Rendered unconscious by an explosion, Lieutenant Morozova woke to a vision of a crystal mountain. Now caught between life and death, she must not only survive the rigors of war, but also the challenge of the mythical world of Russian legends.

The fourth episode set in the World of Drei universe, "Mission Two," a brilliantly ingenious vision of future war deepens the human story behind those who face an unrelenting opponent.


Go make your day brighter by getting yourself a copy.
Posted by  Ashley at 18:28 No comments:


Don't let the click-bait title put you off. Having watched this, it puts into context why the science is mistrusted, because the general public don't fully understand the scientific method.

Add into that the tendency for click-bait titles in reporting and we end up where both sides of the debate (deniers versus supporters) are attacking the science.

This discusses the models and how the theory doesn't translate well into specific predictions. Anyway, well worth watching.
Posted by  Ashley at 21:42 No comments: 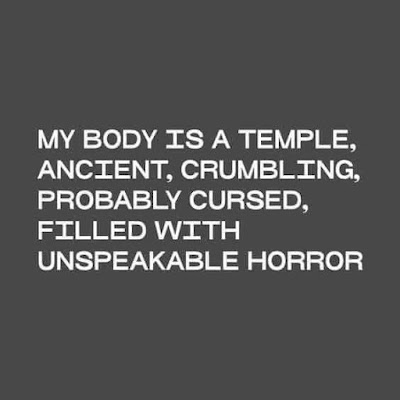 I'm a lifelong science fiction fan and reader. As a writer I now study and practice writing and I was thinking about Isaac Asimov who posited that there were three types of SF stories.

It is to the last type of story that inspired today's post.

One of the few things that's unique to the SF genre is working out the unintended consequences of any new technology or changes in cultural mores etc.. Asimov himself wrote about mobile phones in his robot novels, which I've mentioned before, had a scene where a character apologizes that he can't speak as he's in a public space.

So who would have predicted pronoun choice as a sociocultural prediction? I know some authors wrote about variant genders, or the ability to change sex, but who would've thought that this would lead to people introducing themselves with a declaration of their preferred gender?

Not me. Yet here we are.

I had to go away and think about this, have been mulling it over for several years. At one level I'm bothered by people declaring their gender pronouns, but on the other hand I'm a boring old fart and the times they are a changing. I generally predisposed to accept changes if they are for the better.

I mean, you'd be crazy not to. Amirite? Hah!

So while I may not be in the habit of declaring my preferred pronoun, I'm cool with it.

Of course if pushed my instinctual reaction would be, you're smart, figure it out. Yeah, guess I've gotta work on being more agreeable. However, an exchange I had with a friend who suggested, fucker, you fucker as the new go to pronoun, which I should've seen coming.

So, the unintended consequences of social change may lead to unintended outcomes, and therefore one should be careful what you wish for. The future's bright and stranger than you can imagine.
Posted by  Ashley at 11:55 2 comments: 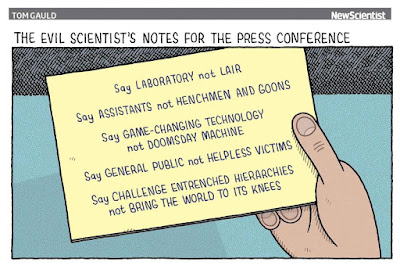 Just for fun, no guarantees, my predictions for 2020:

2. We have not reached peak Donner-Kruger, the stupid will burn the world.

3. Ad hominem attacks will continue to push people into opposite camps.

4. Disagreeing with a person will be evidence of you being a racist, fascist, homophobe etc.

6. Pedantic debates will rise over the correct use of language and pronouns etc.

7. People will be outraged at other people being outrageous.

8. The drive to increase diversity will lead to less diversity of opinions.

10. Freedom of speech has become a weapon used by both left and right to define the other side as evil.

11. Debates will center on feelings and the lack of good faith by both sides.

12. People will forget that other people's opinions are not their concern.

13. Civility in discourse is drowned out by cancel culture.

14.  Everybody on both sides of the political divide will be disappointed in:
a. Any political outcomes.
b. Efforts to address climate change.
c. Arguing over capitalism versus Marxism.

17. The A.I apocalypse will not happen.

18. We will not meet aliens, but that isn’t proof of the Fermi paradox either.

20. Comedians will be more politically astute than the mainstream media.

Looking Back in the Mirror of Life 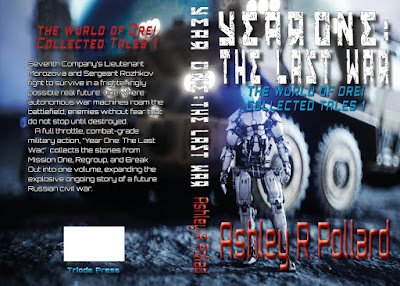 I've had a lovely Xmas break with my partner, and while it was quiet with only one trip out for lunch with friends on New Years day, we've both been enjoying the chance to chillax.

Mostly we've been catching up with TV shows: watched the Good Place Season one, which was so good we had to immediately get Season two, an excellent show that tickled my interest in philosophy (the discipline I love and hate in equal measure); followed by Season two of The Orville, which was excellent; then Season two of Discovery, which was also very good, but I could have done with a little less emoting in some of the scenes that interrupted the pace.

We've both been reading, and I managed to finished a lot of good books.

First up were the six books in the space opera/Mil-SF Frontlines series by Mark Kloos, highly recommended. Read books nine through to thirteen of Jim Butcher's Dresden Files, which are compulsively readable; and after that it was Diane Rowland's White Trash Zombie series books five and six.

And as a result I've been a feeling a lot brighter.

Just one of the many fall-outs of my rheumatoid arthritis returning in 2018. An unwelcome relapse caused by the stress from my old job with the NHS. But 2019 was made worse when the side-effects of my anti-rheumatoid medication sent me down into the depths of despair, which knocked me for six.

Though, as I sit here thinking back over the last ten years, I really need to remember how bad things were back in 2010 for a sense of perspective.

Back then I was taking methotrexate to treat my rheumatoid arthritis. Unfortunately, the medication suppresses the immune system, which meant the cysts in my breasts, became inflamed and went septic. That landed me in hospital and having emergency surgery.

However, the realization that no matter how much I enjoy being a therapist, the stress of dealing with patient's emotional upsets is not doing my health any good, and that career is over.

But, I must be grateful for the chance this has afforded me to start writing. Bringing my stories to market has been a challenge, but I've learnt so much that I see the past experiences as a silver lining of the cloud that has blighted my career.

I've been happily working on collecting the first three novelettes of my World of Drei stories. This will be the first volume of an open ended series about the emergence of an AI during a Russian civil war. It has been fun to do, and an interesting direction has emerged from it, but more news about that in another post.

In the meantime I'm waiting for the book to come back from copy editing, so while I'm waiting I've put the cover up as a tease for everyone to enjoy. You may also have noticed I re-did the covers of the first three stories too.

OK, that covers everything I want to say, so I will end now by wishing all my readers a happy and prosperous New Year. Catch you all on the bounce.
Posted by  Ashley at 17:37 No comments: