The Vang: The Military Form 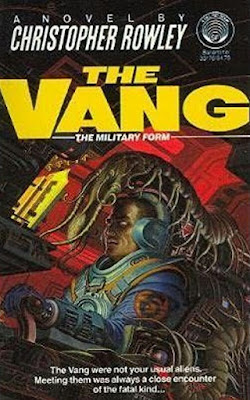 I reviewed Starhammer here, The Vang: The Military Form is Christopher Rowley's sequel and middle part of what is loosely a trilogy: the first book is effectively a prequel to the second book, and the third is effectively a postscript.  As I said before, the story telling is compelling, and like before I found myself picking the book up in spare moments to read a few more pages.

The story takes place a thousand years after the events in the first book, and mankind has spread throughout the galaxy, free from the threat posed the Laowans who dominated the first novel.  But, the threat of the Vang remains, mostly in remnants of their technology.  This book starts with a crew who finds something interesting in space, the kind of something that could make them very, very rich or very, very dead.

It's not much of a spoiler to say that the later is closer to what actually happens, as in lots of people die as the consequence of waking a military form Vang, which then proceeds to do what it does best: conquer lesser forms by assimilating them.  There's several twists and a wry commentary on how rulers demands mean that the military is not allowed to do what is necessary; and that's just from the Vang perspective.

Had to go away and start reading the third when I finished this, which says everything you need to know really.
Posted by  Ashley at 18:22 No comments: 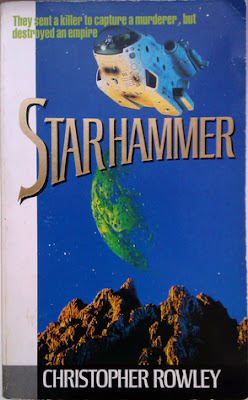 This book is the first part of a loosely connected trilogy by an author I've not read.  It came recommended to me from a friend of a friend, and I uhm'd and aah'd about getting copies because the prices on Amazon were at one point astronomical.  Fortunately, I kept an eye on them and they dropped back to more reasonable levels after about a year.  Also, reviews on Goodreads were a bit mixed, and after reading the book I can see why, but my usual comment applies–they're wrong because they miss the point.

Let's start with the pitchline:  Aliens meet the Thing...

At one level that tells you all you need to know about the theme and the tone of these books.  If you aren't able to manage visceral shock and horror then these books are not for you.  However, if like me you enjoyed the film Aliens, and loved John Carpenter's The Thing, then this book and its sequels may well rock your boat.

However, terms and conditions apply.  This is not Colonial Marines in space kicking ass, and the alien Vang are not exactly the Thing either, being a far more rational, and disturbing exo-parasite life form.  Also, the writing has elements that would get a lot of criticism in today's market, for example, the occasional use of mind hopping in chapters.

But, this none of this detracts from the story that is compelling, driving forward from one crisis to another, that leads to the ultimate reveal of a dead alien races weapon, the eponymous Starhammer, created to fight the Vang.  Highly recommended, and I will add the Vang were the inspiration for the Flood in the Halo series.
Posted by  Ashley at 10:16 No comments: 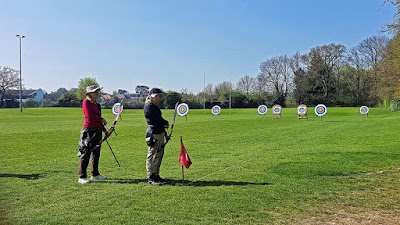 Looking back at my post I see that it has been ten months since I last posted anything about my archery practice; or preparing for the oncoming zombie apocalypse, if you're so inclined and are thinking about narratives.  Anyway, it's that time of the year when the weather is nicer and we are getting out and shooting at competitions, which means I have had to eat my words about doing so as evidenced here. 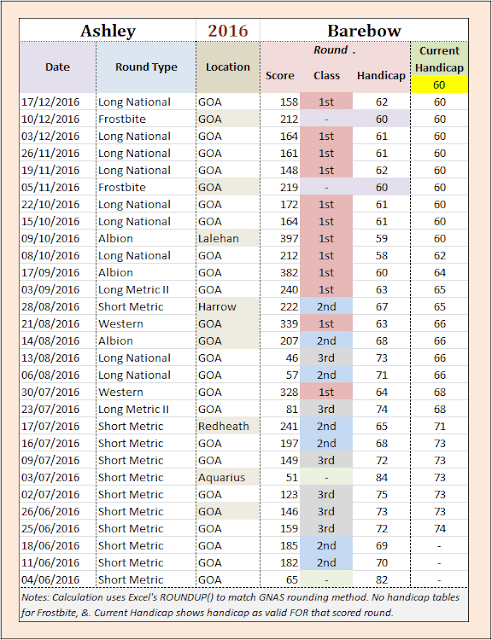 And this year has seen me move forward and achieve my bowman rating: 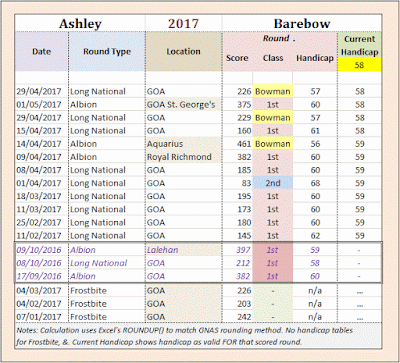 We've entered a couple of competition already, and much to my surprise I've come away with a couple of medals and this stunning trophy. 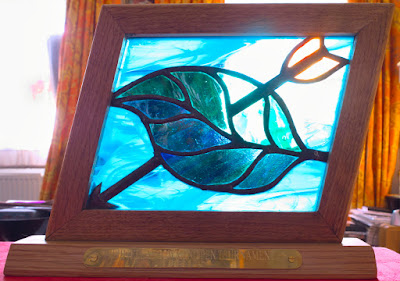 Email ThisBlogThis!Share to TwitterShare to FacebookShare to Pinterest
Labels: Archery

The Battle of Forever 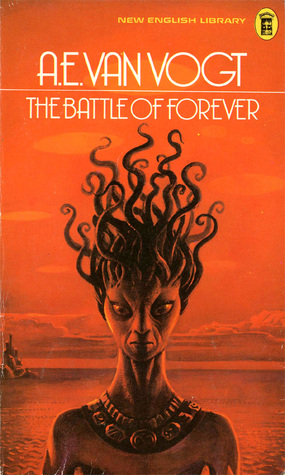 I have a pile of books to be read.  I'm pretty sure lots of people who like to read do to.  After reading Grave I decided to re-read The Battle of Forever by A. E. van Vogt.  He is one of my favourite  authors, with his short story the Black Destroyer being the classic that arguably marked the beginning of SFs golden era, and also inspired the Alien film series.

My worry that the The Battle of Forever wouldn't stand up to a re-read was unfounded, and while I could criticize the way the story was told, doing so is not really my thing.  What I will say is that the story kept me engaged and wanting to continue reading, something that a lot of other books do not.

The plot is a combination of the heroes journey, a quest and rebirth, by using a naive character as the central protagonist who is a master of philosophy.

This device allows van Vogt to pit an intelligent but, gullible character against aliens who, if not exactly evil, clearly do not have the best interests of humans at heart.  This is in many way classic science fiction, in that the story is about big ideas and discussing a future where travel amongst the stars is possible.

I enjoyed it so much that I read it in one day, an event that is so rare nowadays as to call attention to itself, but also an indicator that the novel is short or as I prefer to think of it, tightly written with no flab.

With regard to my own writing, I'm still adapting to the demands of running a clinic three days week, which is considerably more tiring than just doing two days.  I've been progressing my second novel, but have realized that I really need to up my game when describing the aliens, because of stuff I've been watching and reading in the meantime.  However, progress remains slow, and realistically if I could do more I would, so I just have to be patient with myself.
Posted by  Ashley at 16:50 No comments: