I've not written anything new since the fifteenth of this month, partly down to exhaustion and other work commitments.  In this case from having a part time job and having to get back into the rhythm of commuting to work and acclimatizing to the culture.  I'd forgotten what working for the NHS is like, though in this case I've landed on my feet and the department I'm in is lovely.  However, I have to play catch-up with process and systems, and get back into the saddle, which means making sure my core skills are up to date with current practice.

I'm a qualified cognitive behavioural therapist, which means I deliver psychological interventions to clients.  It is at best a demanding job, and at worse can be overwhelming when dealing with very distressed clients.  Hence my lack of reports on my writing.

My writing is currently in a good place, as in I know what I need to do and have a plan how to do it.  The only problem is how to accommodate the change in my working pattern and develop new writing habits because I no longer have the luxury of writing full-time.  Other than that I'm good.

The other good thing is that the change in my work patterns means my plans for blogging has been renewed, and by that I mean I can justify some time to writing about things here that are not about the work in progress but about other stuff I want to write about.  This has been a bit of a problem for me over the last year because it felt hard to justify taking the time off from writing the novel to write about my interests.  Having an income stream makes life easier.

I can also report that after over a year of pain my wrist is slowly starting to improve.  I put this down to a combination of things.  Doing less typing, ironic I know, the second cortisone injection, and having worn a wrist splint for three months.  I've been advised to wear it for another month and to gradually reduce the amount of time I wear it, with the caveat of still using it when using the computer mouse.

So that's it for another week.
Posted by  Ashley at 16:10 No comments: 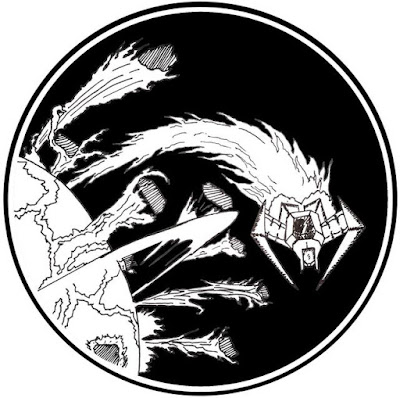 I can't remember the first PicoCon that I attended, but it was a long time ago in a different part of my life.  You can read my account of last year's convention here, and the year before here.  This year's the guests of honour at PicoCon 33 were Paul Cornell, returning for a second time, Carrie Hope Fletcher, and Michelle Paver.


Paul Cornell started the day off with his talk about his recent work: two new novels coming out this year and a third on the way.  He also mentioned his work on the TV show Elementary and his Age of Warcraft graphic novel.  He was still recovering from returning from Los Angeles and clearly still running on caffeine and adrenaline, because three of the four shots I took of him his hands are a blur of motion.


Next up was Carrie H. Fletcher who I'd never heard of who spoke about her time as an actress and her upcoming novel On the Other Side.


The final talk of the morning was by Michelle Paver who was quite stunning.  She talked about writing her historical novels and ghost stories and how she travels to far-off lands and lives with the local people as research.  Absolutely fascinating and her talk about doing research impressed me so much that I bought a copy of Dark Matter, a ghost story set in the Arctic in 1937.

Then it was time for lunch and a chance to hang out with some old friends in the Student bar before going back for a panel where the authors took questions about various aspects of their work.


Finally, I should mention my friend Chad Dixon who recorded everything on Periscope under @lapswood8.  So that's it for another week.
Posted by  Ashley at 18:45 No comments:


For the last four and a bit years I've been using a Panasonic Lumix DMC GF-1.  When I upgraded back in 2011 it was a big thing for me, as I accounted here, which has served me well in getting me fully up to speed with the digital age.

Both are micro four thirds cameras but the Olympus is 16 megapixels while the Panasonic is only 12 megapixels.  You can compare the quality of the two close-up shots for yourselves.  However, this isn't a completely fair test to either camera because what I'd need to do is take two pictures with each, swapping the lenses around because the glass in front of a sensor can make a big difference.  I'd also want to mount both cameras on a tripod too.

However, that said, the Olympus picture of the Panasonic camera looks better, though you have to take my word on that as I'm comparing the RAW files and what you're seeing here are the cropped JPEGs.

The biggest thing about the E-M5:M2 also has the facility to have it take multiple pictures and produce a 40 megapixel shot, a feature I'm looking forward to using in the future.  It is also an order of magnitude more sophisticated than the DMC GF-1.  To such an extent that I would consider the Olympus to be a computer that takes pictures because of the programmability of the camera functions.

So tomorrow I will be testing it at PicoCon.  Expect a report with pictures soon.
Posted by  Ashley at 22:07 No comments: 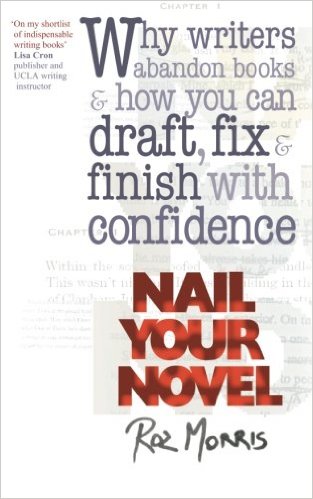 I bought a copy of Nail Your Novel by Roz Morris to read because of the promise on the cover to discuss why writers abandon books and how you can draft, fix and finish with confidence.  This book does what it says, and not only that but it's a concise short read.  I finished it in about two hours and was driven to go and put the advice on writing synopses into practice.  As a result, I spent the rest of my Sunday working and ended up writing for about eight hours in fact.

Then Monday I rewrote my covering letter, tailoring it for another submission and then sent my novel off.  So, highly recommended.

Other than the above my week has been taken up with my job, which I'm enjoying but the work demands quite a lot from me emotionally.  Besides that it has been my birthday and my beloved bought me a new camera.  I'm very excited with my new swish bit of kit.  I'm so excited by getting it I plan to do a piece on photography for this blog too.

We watched season three of Defiance, its last, and again it managed to be better than it had any right to be.  The show runners seem to have taken a leaf out of GRRMs book and the season started with the excess characters being killed off so they could concentrate on finishing the stories of the main protagonists.  I even ended up liking Nolan who up to this point I felt a bit so, so about.

We also saw The Martian.  I mentioned reading the book here.  The film is very good, but the book has more details, which is usually the case and not meant as a criticism.  It also breaks the Hollywood superstition that films with Mars in the title bomb at the box office; they seem incapable of realizing that films bomb because don't appeal for any number of different reasons, but titles are only one of them.

We've just started watching True Detective and I will comment more when I've finished.  I will say it's intense, like watching The Wire or Generation Kill.  Off to PicoCon tomorrow and I plan on taking my new camera with me to test out.
Posted by  Ashley at 16:25 4 comments: 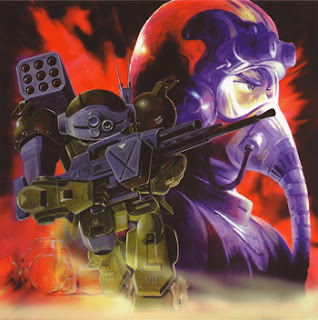 I missed posting last week because we were away in Cambridge visiting our friends Kate & Malcolm and mainlining The Man in the High Castle.  I've also found myself with a part time job, which came as a bit of a surprise, for definitions of surprise that has more to do the way the world works rather than not knowing I had applied for a job.  As a result my writing time has been cut down by about half.

However, as you can tell from the title my novel has been read by an agent who said, "As promised I have now read your material.  I can see the imagination and intelligence at work here, but although I was impressed I can't honestly say I loved it."  And later in his helpful letter said, "I wasn't entirely drawn in by your story and characters - I wasn't thinking WOW, which is what I look for.  Another agent may feel differently, of course."

All things considered this is quite good feedback, and I'm choosing to take this rejection as positively as I can, given I feel like I've just falling off my little red bicycle.  So I've sent it out to an editor who has expressed an interest in reading the first ten thousand words and I've queried another agent who indicated they are interested in military science fiction.

Other than that I can report I've completed the first editing pass of Ghost Dog, which is a thing, but I still want to do an out loud read through before sending it my Beta readers.  A realistic estimate being about six months time, because I also need to get down to rewriting Strike Dog.

So that's it for another week.
Posted by  Ashley at 17:16 No comments: