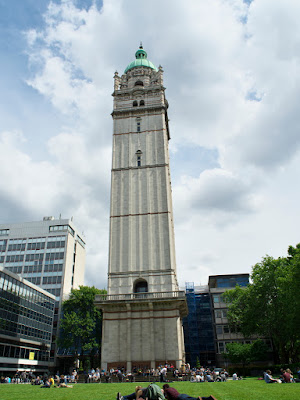 I wrote about going to this conference last year.  The conference is run by Dr. David Clements at Imperial College.  I was able to take this week off work and so was able to attend.  So midday Tuesday I toddled off to meet my beloved for lunch before in the green and pleasant quad at Queens Lawn.

On my way there I was accosted outside Gloucester Road tube station by a camera crew from RTT who were interviewing old people about he results of the Referendum for Turkish TV.  I answered that correlation was not causation and just because you can show that everyone who voted leave were older people, without passports etc doesn't mean this is causation.  And that regardless of the outcome we have to live with our neighbours, and it's not worth dying over.  I blamed all three parties for the lack of political leadership.  So, that was my brush with fifteen minutes of fame, which was probably set aside by the attack in Istanbul.

As I write this not only has this week marked the end of an era for Britain, but the end of Boris Johnson's chances to become Prime Minister.  Try saying that in Darth Vader's voice for the full effect, but enough of politics.

After lunch with my partner, I went to the first talk of the afternoon, which was called General Relativity – a Beginners Guide by Dr. Toby Wiseman.  It was pretty good, but I would have liked him to have compressed the presentation down and carried on from where he ended, because while having an expert explain both Special and General Relativity is good, looking at where physicists are going next would be more helpful to me as a writer of science fiction.

Then we had a break for tea or coffee and biscuits.

Next was a talk called Observing Gravitation Waves by Dr. Peter Wass, which was all about LIGO: the Laser Interferometer Gravitational-Wave Observatory.  He described the work and the future launch of LISA, which my partner had some small involvement with the LISA Pathfinder satellite that was testing the concepts that will be used aboard the three satellite space-based observation laboratories.

Finally, to finish the first day's presentations was Dr. Nikolina Nakic's talk on Epigenetics.  I found this a little dry, because a lot of it was down amongst the details rather than giving the big picture overview, which I think would have been more helpful to the lay audience.  Though I could be wrong about this, being biased from knowing a little about epigenetics from my own work in mental health.

Afterwards I went and got Susan from her workshop which is in the basement of the building, and we went off to have a lovely Indian curry at a restaurant.

Wednesday morning I dithered about cycling in with Susan to Imperial College, because it had rained the previous night, and didn't want to have to cycle home if it rained again.  In the end I chose to face my fear of getting wet and felt suitably virtuous from cycling there and back again, because the exercise is good for me.  We did observe that I'm fitter this year than last, because I was less puffed out when I got there.  Archery practice really does increase one's fitness.

The first talk of the day was called New Physics at the LHC by Dr. Dave Collins.  The talk was partly about the discovery of the Higgs Boson at the Large Hadron Collider, but also about the data being collected each time the machine is run as the power is ramped up.  What was interesting for me was the new physics part or the implications the standard model of physics: the discovery or confirmation that neutrinos do have mass and the implications for the standard model and super symmetry, and in particular that if the LHC cannot find the particles that String Theory needs then things will get very interesting for physics.  Exciting times.

Then we had a break for coffee and tea

Afterwards we were run through the exciting discoveries in our Solar system in a talk called The Atmosphere of Planets by Dr. Ingo Mueller-Wodarg.  This presentation ranged from the discovery of methane on Mars to Titan with its oceans of methane and atmosphere so thick it would make the smog of Beijing look like a clear summer's day.  In passing mention was made of plumes of Enceladus and other astronomical delights of Saturn's system from the data acquired by the Cassini-Hyugens space mission.

After a most excellent lunchtime buffet came the outstanding presentation of both days when Dr. Tim Evans presented his research Networks – From eBay to Ancient Greece.  I almost don't know where to begin to start describing the range of this presentation that started with simple concepts of data or nodes and the creation of networks and then morphed into how we construct maps to allow us to understand the territories described by information.  My interest in particular was to do with one of my novels where a character is constructing a map of network where the nodes only send packets of information at particular times intervals.  Fascinating stuff that was about connections and truly lived up to the idea of synergy: creating more from the sum of the parts.

During the tea break I had the chance to exchange a few words with Dr. Evans, and he since very graciously emailed me.  There was so much to think about, totally inspirational stuff.

The final talk of the conference and the day was Artificial Intelligence by Dr. Marek Sergot who led an open discussion on the topic.  I enjoyed this, because listening to and asking questions of a world class expert is always good for stimulating story ideas.
Posted by  Ashley at 18:35 No comments: 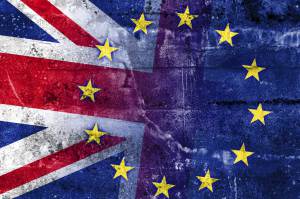 The majority of British subjects have just proved themselves to be economically ill informed.

I could be wrong, and I will wait with bated breath to be proven wrong.  If the politicians adroitly manage the changeover, by keeping London's position as an economic powerhouse in Europe, and the economy doesn't tank, then all will come out in the wash.

Meanwhile, all we can do is wait and see what happens.
Posted by  Ashley at 14:44 8 comments:

The Crucible of Empire 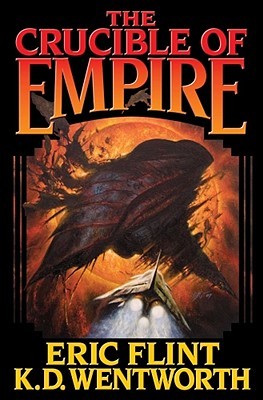 I hadn't planned on reading the sequel to The Course of Empire so soon, but my partner decided she did and went and bought a secondhand hardback from Amazon, so how could I resist?

The story starts two years after the end of the end of the previous book and introduces a fourth race to the Jaoverse.  If you want a synopsis then I recommend reading Amazon or Goodreads.  The plot has enough shenanigans going on to keep the reader engaged, but what I liked most was the alien culture building.  I was sucked into the world and society of the Lleix, so much so that when we start to see them through the eyes of the Humans and Jao it's quite a shock.

On other matters, I've been busy writing for the Galactic Journey blog, which takes a lot of time because I have to research everything to make sure it's not anachronistic.  For example, making sure I didn't use the phrase male gaze, which was not coined until 1975.  Still, I like a challenge, and it makes a change to write outside of my usual areas of interest.

On my own writing, well that's been interesting.

Currently, I'm working through another edit of Strike Dog, folding in my Beta reader's criticisms and suggestions, and I'm up to chapter five, which is 13,597 in out of a total of 95,768 words.  So a start, but what this doesn't tell you is that chapter four has yet to be written.  Though I have 6,682 words from an earlier draft cut and pasted into my novel, it requires a drastic rewrite, because the reason those words were cut in the first place was because they were a dreadful info dump.

In the meantime, my beloved is re-reading Ghost Dog, but before she started, she decided to re-read Bad Dog.  Guess what?  She found some typos.  Only four, which to be fair isn't many, but still a shock for me, and I imagine that given another set of eyes or a longish break, more could be found.  However, they were mostly trivial things like an extra and an the, but there was one character name error, and a line that needed revising to reflect changes made in an earlier edit of the novel that I missed.

Cést la vie.  Gnashing of teeth.  Until next week, take care.
Posted by  Ashley at 18:40 No comments:

I was reviewing my writing progress or lack of it a couple of weeks ago.  I discovered that I effectively hadn't written anything to do with my two unfinished novels for two months.  So I restarted work on Ghost Dog.  The first day getting back into the writing was difficult, and I only managed to work through 2766 words, which was a bit rubbish.

Over the next two weeks I found my writing mojo and finished the remaining 39,174 words.  This was an out loud read-through and edit of the third draft which means it's now ready to send to my Alpha reader for her input.  When she sends it back I will do another quick revision to get it ready to send out to my Beta reader.

As a result, I've now started work on the next draft of Strike Dog, having read my Beta reader's feedback.  One thing is becoming clear to me, it seems I'm completely tense deaf.  Not sure what I can do about this, because given my age, educational background etc. it will be hard to change.  Not because I can't remember the rules, but because I'm oblivious to the changes in tense when reading.