Just Another Furore in Fandom 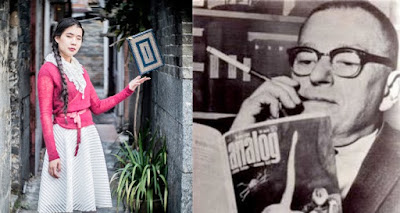 Jeanette Ng made a statement at this years Worldcon when receiving her award for best new writer. I stand by her right to say whatever she pleases.

But while Jeanette Ng can say whatever the hell she wants, she is responsible for what she says.

John W. Campbell was a bad father of modem science fiction. The Hugo awards named after Hugo Gernsback, likewise. I don't disagree that both men were horrible. The more I read history the more I find that it's filled with unpleasant people.

Take other historical figures, like Freud for example, who is considered the father of psychology and psychotherapy. To say he's a bad dad is a humerous understatement.

Alfred Noble is another historical figure who is probably known for the award named after him. He was no angel.

They all share the fact that their lives cast a shadow cast over the prizes named after them.

History is full of people who had views that it would make any conversation with them difficult. But, in the bigger scheme of things, they're all low hanging fruit of unpleasantness.

Because there's very little in this world that's completely black or white.

All prizes have value that is greater than who or what they are named after. The Campbell Award is important because of who it has been awarded to, not because it's named after John W. Campbell.

As an SF fan I've read countless stories where people's opinions are used to sway public opinion. A recent example is a season one episode of The Orville in the episode called Majority Rule about the effects of a democracy run by upvoting/downvoting.

The current trend in fandom to create mobs is not something to be admired. The conversations that have followed her statement have done nothing but fuel the divisiveness and hate in fandom.

I think this very bad thing.
Posted by  Ashley at 16:23 No comments: 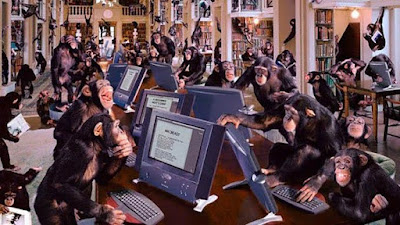 In a couple of weeks I will see my rheumatology consultant for a review. It's been a year since she started me on medication and roller-coaster ride doesn't really quite capture the picture of what is has been like. For those of you old enough to remember corporal punishment at school, think being smacked across the back of your hand everyday while riding a roller-coaster.

OK. Perhaps that's over egging it a bit.

So what little I've done is disappointing at one level, but the fact I've done something at all is a testament to my sheer bloody mindedness.

Looking back over the last year this is where I am:

I've mentioned previously that I was up to around 20,000 words on Two Moons, but realized I was mixing up my stories and have spent a lot of time breaking apart what scenes went with which story. Hence I now have three novels as works in progress.

The Bureau has grown but I haven't gotten around to finishing the revision, which has mostly been driven by what I learnt after three months of doing various online writing courses with Dean Wesley Smith and Kathryn Kristine Rusch. Their workshops are excellent.

Short by four thousand and a bit words. It is what it is.
Posted by  Ashley at 11:48 No comments: 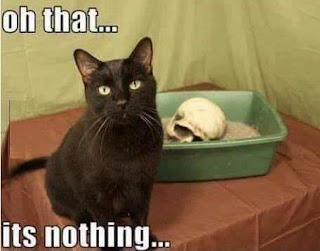 We've been watching season two of Westworld, which was intense and compelling. So much so that we've gone back to rewatch season one. As a result we've been talking about the complexity of the narrative in Westworld.

What has this to do with Grim Dark Kittens?

I'll get there, just hang onto to your horses.

I've always agreed with the notion that there's SF and then there's other genres. SF to be truly science fictional mustn't just be westerns in space, because it's not exploring the effects of science on society.

And yet, here we are watching an SF western. And boy does it meet the criteria of science affecting society. So I've come to the conclusion that the paradigm of space westerns are not science fiction is not true for all cases.

But still what has this to do with kittens?

Imagine if kittens wrote stories. Given the memes on the internet I imagine it would do with being ignored and not being fed. A grim dark tale for kittens would have an empty food bowl and a starving kitten mewling. Or a kitten sitting before a door that has is barrier to freedom and choice, and the wail of the cosmic horror of kitten existence. Or the above.