This time I submitted a short story called Territory.

Susan, my Alpha reader commented to me that she thought no one would get it.  She wasn't completely right, but neither was she completely wrong.  After re-reading the critiques it looks to be a fifty-fifty split in the feedback.  Of course, I should unpack "get it" means in this context; unfortunately I not sure I can.

It's a bit like defining “what is Science Fiction (SF)”.  I know what SF is when I see it, but can't easily explain exactly what SF is.  The more one tries to pin down what SF is, the more the definition ends up chasing itself around in circles.  The only thing one can do then is make lists and perhaps create a consensus, but this is fraught with its own problems too.

I left the session feeling aggravated, and on reflection, I came to the conclusion that having nine people reading out their opinions of my story 'at me' isn't a format I find helpful.

I felt there was too much feedback for me to (I want to say process, but that is too anodyne a word for the feeling) cope with (and cope is rather an understatement too).  I was left unable to reconcile opposing opinions (a conundrum I don't need), which were not helping me to understand my writing, and how to improve my voice.

So I will be researching critiquing, and have already come across this site, which has some useful comments as to what makes criticism constructive.
Posted by  Ashley at 17:32 No comments: 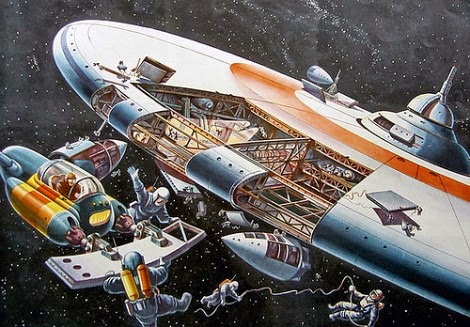 The first panel I'm on at LonCon is The Retrofuturism of J J Abrams, which is on Thursday starting at 16:30 and scheduled to go on to 18:00 in Capital Suite 2 (ExCeL).

The blurb for the panel is as follows:

"From Super 8 to Star Trek to Almost Human, JJ Abrams-developed projects often seem to take particular delight in updating or simply inhabiting the futures of days gone past. To what extent is this simple nostalgia, and to what extent can elements of critique or challenge be identified in his work? And what are the implications for the upcoming third Star Wars trilogy?"

This reminds me of a panel I was on last year at Nine Worlds Con where we discussed Star Wars versus Star Trek, and what the effect of having J J Abrahms involved in both franchises would be.  Looks like it will be a lot of fun.

Val Nolan (Moderator), with Pawel Frelik, Sorcha Ní Fhlainn, Erin M. Underwood, and me.
Posted by  Ashley at 18:10 No comments: 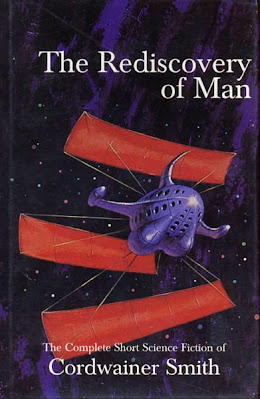 Yesterday we went to  my friend Roger's BBQ.  We had a swim in his pool, where Susan and I screamed like girls as we got in.  The water wasn't that cold, but it felt cold compared to the heat of the day (Susan has prodded me to say it really was cold).

Then we ate too much food, hung out with people, and drank ginger beer and old fashioned lemonade.  It was great to do something fun and chillax (which I believe youngsters say when they are describing having a good time doing nothing much of anything; aftermath here).

Today I finished reading The Rediscovery of Man by Cordwainer Smith. I bought the NESFA Press hardback a while ago when I discovered it had all of his short stories in it.

I've enjoyed rereading old favourites, and having the chance to read other stories new to me.  I particularly enjoyed re-reading The Lady who Sailed the Soul.  I first read this as a teenager, when visiting the home of a business friend of my father's, who had a box of old SF magazines lying around.  The story was every bit as moving to re-read as it was when I first read it.

While saying this, I should add that Cordwainer Smith's use of language can be a little odd, and or archaic at times, but he is still someone who is well worth reading.

I have a short story out at my writer group with three critiques back so far.

One of the critiques came back and it was clear I had completely lost the reader.  The other two seemed to get it and were generally very positive; as in polish this and send it out for publication kind of positive.  Next weekend I will get the rest of the feedback for comparison.

Other things that have kept me busy this week is emailing my fellow panelists at LonCon, and I'm planning on several more posts with details about the panels I'm on, and the one I'm moderating.  As they say, watch this space.

Meanwhile we have been re-watching Stargate Atlantis, and have just reached the end of season two.  For all its faults I really enjoyed the show, it was a lot of fun.  The quality of the CGI and effects they pulled off were as good as anything before, or since.

I'm going to LonCon 3, being held funnily enough in London.  I am as you can imagine quite excited to be on three panels during the convention.

I'm moderating 2014 Hugos: Best Dramatic Presentation, Short Form panel, which is a first for me.  I'm currently emailing and tweeting with my panelists to find out more about them.  So I will post more details about each of these panels over the coming few days.
Posted by  Ashley at 20:29 No comments: 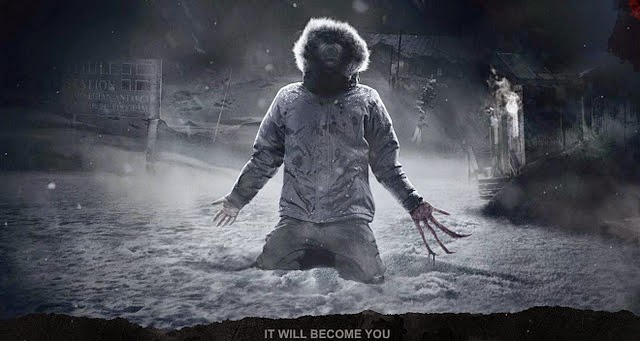 I've been to two funerals this week.  One for my partner's adopted father John Leach, aka Janos Lehar,  a composer who was also well known for playing the cimbalom.  There is a good chance you have heard him play, listen here.  Pretty much anytime a cimbalom is heard in a recording the chances are it is John Leach playing, for example the Alan Parsons Project album Tales of Mystery and Imagination.

The second was the funeral of a long time friend Ken Brown.  Who was the best friend of Andy Robertson, another friend of mine who died a month ago.  Far too many deaths of people I know over the last month.  So it all got a bit emotional for me during the service, especially when singing Amazing Grace and Jerusalem.  A lot of old faces came out of the woodwork to see Ken off, including David Pringle the former editor of Interzone.  All in all, as far as funerals go, it was a lovely day, with a fabulous wake in the pub afterward as Ken wanted.

Another upside, other than supporting his daughter and giving him a send off, was meeting Andy Robertson's daughters Alice and Claire.  I knew their mother Sylvia, who died when they were babies, which was the last time I saw them.  It was therefore both a surprise and a shock to meet them again all these years later.  Their mother would have been so proud to have seen them grown up.

As I said last week, I read a Cthulhu story, and so inspired I started a short story of my own, only to find Peter Watts had beaten me to the idea of a sequel to The Thing when I was doing some research.  Still, my story takes a different approach to the events, being more mythos based, rather than being just some poor misunderstood alien trying to communicate with the humans.  I'll say no more at this point.  Consider yourselves teased.

I've also submitted a short story to my writers group, which will see which way the wind blows.  I'm not sure they want a genre writer like me in the group, as they seem more focused on fantasy and what are described as slipstream stories.  That or I'm just a terrible writer and they don't like what I've written.  Either way, I'm coming to think I may be too old fashioned, and out of touch with modern reader sensibilities in the SF market.
Posted by  Ashley at 18:09 1 comment: 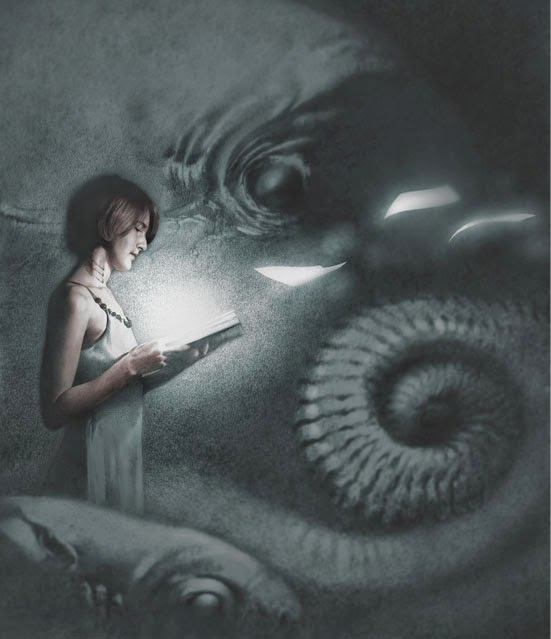 This week I read a very nice short story here.  It's by a writer that was unknown to me, Ruthanna Emrys, called The Litany of Earth, which builds its story around a Deep One survivor's account from H P Lovecraft's the Shadow over Innsmouth.  I really enjoyed it and recommend it to anyone who likes reading Cthulhu mythos stories.  I shall be keeping an eye out for when she has her first collection, or brings out a novel.

This week I've been writing short stories.  Just because really.  More as an exercise in getting me back into my work routine, which has been disrupted by outside factors.  I'm all to aware that I'm an inexperienced writer, because of my inability to keep writing on the bad days.  I took two old stories I'd written as game fiction and filed the serial number off, as in separate them from other people's IP, and I did the first draft of a Cthuhlu mythos story as well.  Inspired by reading the above story.  So, while this week has not had a word count worth recording, I do have the drafts of three short stories down.
Posted by  Ashley at 15:29 2 comments:

There was a writing group critique meeting this Saturday, but I didn't go.  Couldn't dredge up any enthusiasm to drag myself to Victoria, and have to face getting back again using public transport, when the tube is out.  I'm still working through Esther's short story, which I plan to send back to her today.  I had a bit of a crisis of confidence when starting it, doubting the validity of my responses, which are coloured by too many emotions; I imagine from grief.

This is also making some things I come across on the internet rather too much to bear.  All the recent twitter storms and the like just makes me want to gafiate.  Still I found this amusing, article on the Guardian website about the expectation on the number of books one can read, here.  It makes me realise how far outside the norm I am.

Work wise this week has been a bust.  My partner has been at home dealing with the aftermath of the death last week.  Sorry not to be much fun to be around.
Posted by  Ashley at 16:07 No comments: