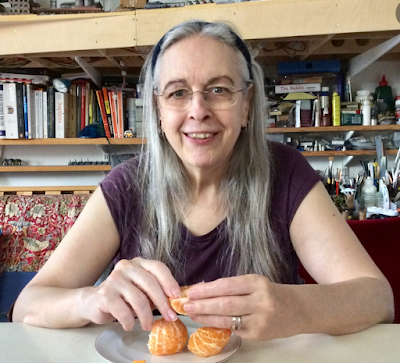 I've been getting back into my writing. I wrote a new opening to Two Moons, because the old one wasn't working for me. And, I don't mean the old one I previewed here in November 2019. I've written at least two other starts since.

But they weren't working for me.

Why? Hard to pin down, but a number of factors were at play. This is a sequel to my trilogy, but it will likely be read as a standalone. The central protagonist is Glen Anderson, Tachikoma's squeeze.

He's an analyst who likes to keep things secret.

Ironically, it means I'm having trouble knowing what to write about his views. You know, they're classified, so he doesn't tell himself what he's not supposed to know. Okay I stole that gag, but it still a great gag.

So to summarise: last time I counted the word total for Two Moons at 32,714 words. New opening chapters, a revised structure, and stuff chucked out means that the running total is now 37,859 words.

Depression made me her bitch, but finally coming off the anti-depressants and my inner child feels like coming out to play.

Here's hoping I can come off that medication without a relapse. It's a thing.

The Elephant in the Brain

This is a talk that explains what riles me up most, from people I know to the left and right of me, by how they assume that what they know is true.
Posted by  Ashley at 12:18 2 comments: