The Divisiveness Around Transgendered People 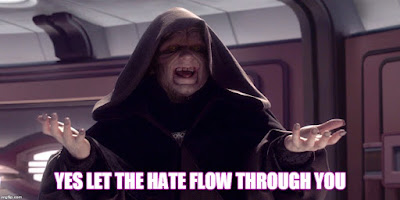 This is a long response, to a furore on another blog. A fellow writer, who is a good man with a lovely wife. I posted a version of this on his blog, but I have no wish to troll him with continued comments there.

Hence this post where people can kick the ball in my playpen.

For my British readers, I'm being aware of different sensibilities between myself and Americans.

I look up to the American Constitution in amazement.

I wish I were an American, but life events have left me unable to realize my dream of being a citizen of the greatest force for good in the world. Without you guys we'd all be speaking German or Russian, and with all due to respect any German or Russian readers, no thank you.

The preamble to the Constitution begins:


We the People of the United States, in Order to form a more perfect Union, establish Justice, insure domestic Tranquility, provide for the common defense, promote the general Welfare, and secure the Blessings of Liberty to ourselves and our Posterity, do ordain and establish this Constitution for the United States of America.

These assumptions get us/me to...

The affirmation that the government of the United States exists to serve its citizens, and safeguard the interests of majority rule and minority rights of liberty and equality, and of the federal and state governments.

I disavow communism, because it's a utopian ideology. Homo sapiens didn't evolve to live in utopias. For communism to work, humanity would have to stop being human beings.

For the record, I regard myself as a pragmatic humanist. A flawed human being like everyone else.

There are a number of issues, but this should not be thought of as a complete list of all the issues.

1. The refusal to use he for she and vice versa, because it's a lie, and therefore an ethical problem.

People who believe this must be an absolute blast to live with. Imagine when their wife/girlfriend asks, "Does my bum look big in this dress?"

Parties must be a total hoot too, when you truthfully tell friends and family what you really think.

2. The refusal to be forced to use a gender pronoun, restricts the freedom of speech.

I agree with the right for people to have of freedom of speech. But right to say what you want comes with the responsibility for any offense you cause. In my experience, a lack of politeness often leads to a smack in the mouth.

Even Jordan Peterson calls transgendered women she. I've seen him do it.

3. Tired of facts being twisted for political correctness. There are two genders, not 54. Your sex comes from the chromosomes that cannot be changed. Getting a boob job and a choppadickoffame surgery is simply cosmetic surgery.

I agree that gender reassignment surgery is cosmetic.

If by genders you mean what is observable, measurable, and can be replicated, then the science establishes that sex isn’t so much binary, but a bimodal distribution that appears to be binary at coarse scales.

Therefore science or facts are irrelevant when you say you are presenting yourself as a member of the opposite sex.

So, I support trans rights, but it’s fundamentally not a fact based scientific issue.

4. Wanting to change your gender is a mental illness

5. You can call yourself (insert choice of: gorilla, attack helicopter, etc.)

Gorillas in the room often go unseen. But the argument is fallacious, because they're aimed at straw gorillas that don't exist.

This is a slur against cross-dressers. Feel free to use slurs, but again you must take responsibility for what you said, and not be surprised when someone smacks you in the mouth.

Over the top hyperbole, because it isn't a war, yet. And let's hope the current madness in American politics doesn't degenerate into war. The last time you guys had at it, more American died than had been killed in all the wars up until the recent one in Afghanistan.

8. It's a perversion that can't be excused.

The agenda that drives this argument goes against everything that makes America and Americans great.

9. Luring men into sex with men who look like women or vice versa.

Here's a link to an openly transgendered woman

So I can see that being tricked might make you feel ashamed, or disgusted. These are powerful emotions. But feelings are not facts, as I've discussed above, so just mind your own business.

Besides, I seriously doubt that the first thing on any man's mind when he looks at her is whether she has XX chromosomes.

I think she looks like a woman. Pretty too. I wouldn't kick her out of bed. I'm a lesbian, go figure.

If you've got this far, and you agree with me, excellent. If I've triggered an emotional response sorry, but it's not my problem. If you use any of the arguments above to justify your opinions about transgender issues, I'm afraid to tell you this, but you are ill informed.

However, all is not lost, if you go away and challenge your beliefs


I found this snake robot climbing a tree, and just love how some of the whacky ideas I had for my Gate Walker setting are coming to fruition.

Of course, I'd heard of flexible robots before writing my novels, and just thought "wow, that's cool," I've got to have them in my story.

Moving on. The last couple of weeks have been difficult.

Full of unexpected obstacles that stole from my writing time, and the worries of juggling stuff outside of my control, have left me drained with fewer new words written than I would like.

But despite all that, I've been putting together a short novel.

It's a collection of my three novelettes set in the World of Drei AI cybertank universe with an additional prologue I wrote. Reviewing the text I found a shed load of typos that I'm in the process of correcting.

Once that's done then I just have to sort out a cover. It is what it is.
Posted by  Ashley at 11:37 No comments: 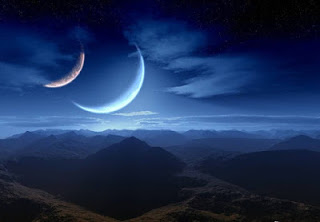 When writing a story I prefer to start with the seven point novel structure.

My first three novels were action adventures. This means you have a leader who is surrounded by a team to solve the problems they face.

Two Moons, and my other novel The Bureau, are effectively mysteries.

So a center person solves the puzzle, and has others do the physical action, provide humour and perspective, with a fixer, and a boss that the team reports to. This has totally discombobulated me.

Last time I mentioned Two Moons, I was at 14,856 words. I've stalled and restarted this work several times over the last few months just because the narrative is driven by a different set of needs.

Anyway, I'm now entering the middle of the story, running at 32,714 words. Here's a taste of the opening of Two Moons.

I wake in the darkness, stretched out on a cold surface. The air musty from the passage of time. Only the sound of my breath fills the silence.
"Is anyone there?' My voice echoes around me.
A soothing voice replies, "You are safe."
Emotions rush through me. A sadness that is full of grief and loss. "Are you my mother?"
"No, I am a machine. You can call me mother, if you wish."
My senses adjust, the reality of the room coalesces around me. Machinery lines the walls, and in the center I lie on a table, with tubes that snake up from my body into a machine.
Confused, I ask, "What is happening? Where am I?"
"You are being cared for. The facility exists to create life."
The answer triggers a flood of jumbled memories.
This is where we changed the genetic heritage of my kind. A place where the seeds of all life can be shaped. A place where our learning is recorded for all time.
I am last of my kind, trapped in a secure facility, all alone, waiting to die.