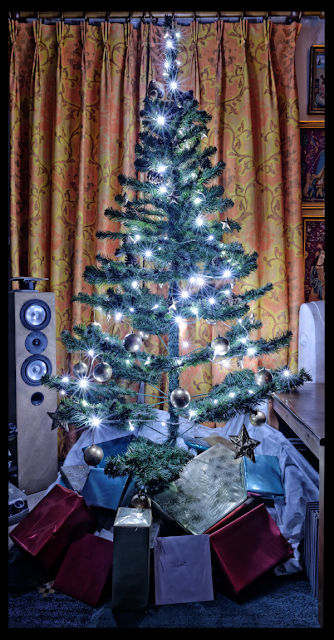 Run away, hide or look busy.  Oh no that's when Jesus is coming.  I've been a bit busy over the last week doing stuff so I'm just catching up with posting something to my blogs.

Friday our friend Clive came around bearing a Xmas gift of a bottle of a very fine Lebanese wine, and we added to it by opening something from our wine rack, as one bottle between three is not quite enough.  Saturday morning was spent recovering from the excess intake of alcohol while Saturday afternoon was spent eating to excess with Roger and Chris and other friends.  We were celebrating the shortest day of the year by eating cooked meat products, and various other sundries.  We both drank Ginger Beer, because one of us was driving and I still felt rather fragile from Friday night.  Spending the afternoon generally shooting the breeze and catching up with people made for a nice end to the week for us.

So it really feels like we have had a bit of a social life this December, what with parties and entertaining.  Tonight we had Bill around for a meal with wine and port and watched one of my favourite Xmas movies, Die Hard.  So we are now all ready for the big day tomorrow when we get to watch the Dr. Who Xmas special.

I've also finished the first pass edit of my novel, removing two thousand words in the process.  Most of those were redundant "I said, she said" tags.  Now to blow through the cobwebs and shine up the prose ready for my beta readers.

On that note I shall end this entry and I hope everyone has a good Xmas holiday and manages to enjoy themselves.
Posted by  Ashley at 22:23 No comments:

I was a bit ill yesterday after my beloved gave me an early Xmas present in the shape of some lurg that is going around Imperial College.  At least I can't complain that I never get given anything.  So I have spent extra time in bed and generally taking it easy.  This meant I missed going to the writers group meeting, but I'm sure they are all glad I didn't come along and give them all an unwanted Xmas present.  We also missed the Xmas Jomsviking readers group that we go along to, for the same reason; we like our friends too much to make them ill.

However, while I quite enjoy lying around being busy doing nothing, it has one side-effect.  I get terribly hyper with ideas running around my head.

So this morning I was drinking coffee, thinking about reading something, but my head was just full of ideas.  Crazy ideas that were a melange of things from my dreams, playing my favourite board game, and thinking about the film Surrogates that I watched a few of years ago.  I review it en passant here.  So this afternoon, rather than being spent reading a book, chillaxing on the sofa has instead seen me busy writing notes and laying out two novels in Scrivener.  One is about AI developments being used by the military that will not end well for the world.  The other book deals with living one's life in a world where everything you see is augmented and nothing you see is truly real anymore.

Then I decided in a moment of manic frenzy to compile my Bad Dog universe bible and twiddle with my Professionals meets Cthulhu novel.  My shoulders ache now.
Posted by  Ashley at 18:29 No comments:

Email ThisBlogThis!Share to TwitterShare to FacebookShare to Pinterest
Labels: Films, Other Stuff 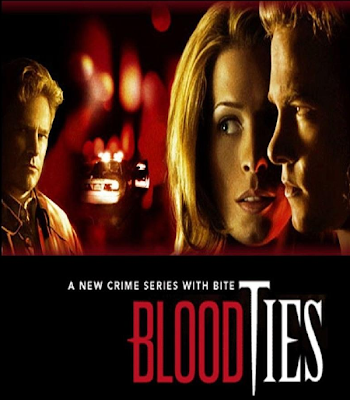 A bit late writing this week due to spending Saturday demoing a game called Ogre at the London Dragonmeet games convention all day, and Sunday was taken by entertaining two dear friends who we have not seen in a while.  Last week I had an indulgent catch up with lots of reading and trying to put the internet to rights.  Along with getting lost on TV Tropes for three days researching story tropes.  That link carries a memetic warning; you will spend more hours there than you intend to.  Consider yourself warned.

This week we've been watching Blood Ties, which was based on Tanya Huff's Blood series that started with Blood Price.  Anyway, the TV show runs to twenty two episodes over two short seasons.  For reasons best known to the TV executives the third series was cancelled, probably because there wasn't enough sex.  It's one of those shows that we loved for the relationship between the characters and the dialogue sparkles when the three main characters are kicking against each other.

On the reading front I have been carrying on with Chris Moriarty's Spin State, which due to the above excuses I've still not finished.  So I will come back again to it when I have.
Posted by  Ashley at 12:46 No comments: 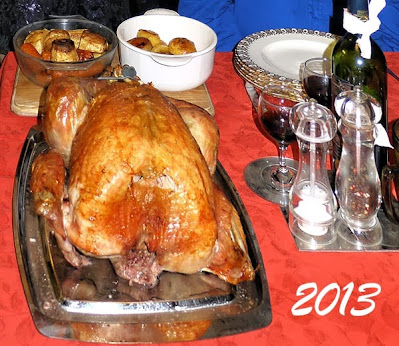 This has been a busy week what with Thanksgiving on Thursday, going to a friends book launch on Saturday afternoon and then to our first Xmas party in the evening.

All that and I finished the first draft of Ghost Dog.  So this week I only managed to write 3116 words, to bring the running total for the month up to 27,779 and a first pass word total of 96,910 words that got bumped up today as I did edits from my Alpha reader to 96,993.  Well pleased with my progress this year.

Permission to cheer loudly all round if you would like to?

Reading this week I've started with Chris Moriarty's Spin State the first book of a trilogy.  I liked this book the first time I read it and have had to wait more years than I care to remember to see the third book arrive.

Hence the re-reading of the first two books before starting the latest one as it has been a while.  I've felt that this series hasn't had the love it deserves, but there again that might be down to when it first came out, which was around the time Richard Morgan's Altered Carbon series hit the shelves.

Who knows, I don't.  Expect a bit more on Chris Moriarty's novels over the course of this month.

On the watching front we sat down and took in both of the new V seasons.

I found myself really enjoying re-watching season one and wondering why we had delayed for so long in getting season two?  I guess we just lost track of it.  It's a good enough show, just not a great show, but it has its moments.  I thought that the story arc development was too slow, which may have been a factor in it not getting renewed for a third season, but there again what do I know about American TV show renewal (not a lot)?

I was surprised by the online commentary and the feeling that it had an anti Obama message vis-a-vis healthcare.

Being British this undertone completely went over my head and I still don't see it to be quite frank.

We then started watching season one of The Professionals.  A late seventies, early eighties cult TV show featuring Bodie & Doyle that has a great theme tune that worms its way into your head.

A couple days after we started watching this the actor who played Bodie, Lewis Collins, died.  I remember when I originally watched the show I wasn't all that keen on Bodie as a character, much preferring Doyle.  However, on this re-watching of the episodes my opinion has changed.

I think Lewis Collins really shines in all the scenes he is in and I much prefer his character.

So there is evidence that one's opinions do change over time, because if you had asked me who my favourite character in the show was a couple of weeks ago I would have said Doyle.

So now I have finished my third novel my intention is to go back and use my new found skills and edit my first and get it ready for the Beta readers who I have lined up.  After that I intend to work on my Cthulhu meets the Professional novel a I feel I can now do it justice.

I also intend to catch up with a lot of books that I've been meaning to read and I will no doubt refer to them en-passant here over the next few weeks until I get back into the saddle writing the next novel.

Finally, apropos this blog you may have noticed that I have been updating things by adding more labels to my entries, and in a few cases expanding titles, and or splitting the odd post into two.  I expect that the format of this blog will continue to evolve as I add more content next year.