Today at archery practice, now part of our regular Saturday morning exercise regime for the last eight months, I got to try out Susan's Longbow.  I guess I was pulling it at around 22lbs, given my draw length.  It makes one respect the skill of those long dead British archers who fought at Crécy, Poitiers, and Agincourt.

If I ever have the need to write an archery scene in a novel I should be able to nail it.
Posted by  Ashley at 17:53 No comments:

Email ThisBlogThis!Share to TwitterShare to FacebookShare to Pinterest
Labels: Archery

If it Bleeds, it Leads 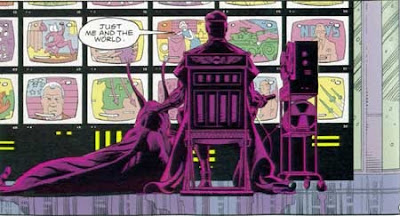 I was commuting to work yesterday when the driver announced that our train was delayed because someone dropped their phone on the track at Earls Court station.

The London Underground runs pretty much like clockwork until something happens to cause a hiccup to the service.  So now all the trains were held up, and a backlog of passengers were waiting to get on at each station, which meant the tube became packed to bursting point.  This led to more delays, due to the bodies of people pressing against the doors, which stopped them from closing and further delayed my journey.

This of course doesn't make the news: thousands of people delayed getting to work because some numpty drops their phone.  Neither did the suicide/accident on another line, which my boss commuted in to see me on, told me about.  So some news is more newsworthy than other news.  I say this apropos of the recent events in Europe, which are quite frankly appalling.

However, this reminds me of when I did my first degree in Photography & Film Studies, a joint course run by Trent & Derby Polytechnics (now both universities, but this was a long time ago), we did a six-week media studies module to understand reportage.

At the time,  the Prime Minister Margaret Thatcher was facing down the National Union of Miners led by Arthur Scargill.  Everyday we would read all the newspaper reports of what was happening.  Our mission being to study the slant each paper took in presenting the news (newspapers being a major source of news then, unlike now where they are dying dinosaurs unable to make money).  This is where I learnt that news is coloured to suit the agenda of the paper's owner's (what can I say, I was young and naive and didn't understand this stuff, and this is what an education is for).

Bottom line, it's all about the money.  What sells, what doesn't.  And what sells is not reportage of events per se, but the emotional content of an event targeted at the reader.  Psychology in the service of capitalism, which is why reports of all the terrorist attacks in the Middle-East go largely unreported by mainstream Western news sources.

What has this to do with stories?

I would argue that human beings understand the world through the stories they tell each other, and I would further argue that of all the things that are different between us and the rest of the animal kingdom is our story telling.  Stories of heroes and villains, and my choice of the picture of Ozymandias from Alan Moore's Watchmen is down to the trope of a person so smart they can assimilate and process all of the world's news and come up with a plan to fix humanities problems.

This is escapism, but it can also inspire hope, because hope allows us to carry on and in time move on.  However, this is not a promise of a better tomorrow, only that tomorrow will be different.
Posted by  Ashley at 14:42 No comments: 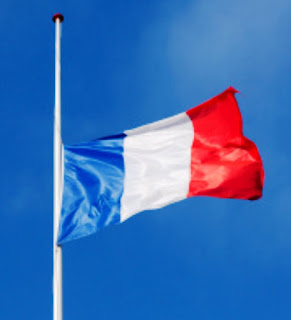 There comes a time when the only way to deal with the horrible things that have happened in the world is to distract oneself with other stuff.  Britain may have voted for Brexit, but that doesn't mean we don't share in grief from acts of terror.  I wish all my French friends well.

As for distraction I have work: my NHS clinical practice; and there's my writing and doing article for the Galactic Journey blog too.  And then there's archery to fill in the spare time that's left.
Posted by  Ashley at 19:41 No comments: 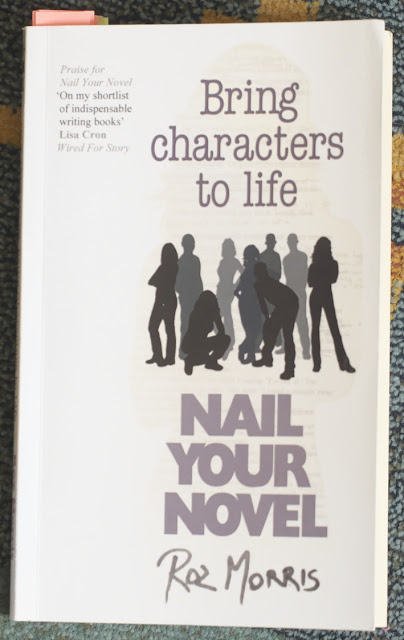 I reviewed Nail Your Novel: Why Writers Abandon Books & How You Can Draft, Fix & Finish With Confidence by Roz Morris here.  I liked it so much I bought both her other books and I have just finished reading Nail Your Novel: Bring Characters To Life.

Having finished my first novel Bad Dog, which is at a publisher being read, I've been using the space to consolidate my writing given the feedback I have received from my Beta readers of my second novel Strike Dog, where the main thing I took away was that my characters weren't differentiated enough, and even where they were, they were annoying jerks.  Roz Morris has some interesting things to say about both of these problems in this book.

I finished reading her book this morning just in time to received the feedback from my Alpha reader on my third novel Ghost Dog.  Fortunately, having written the first drafts of all three novels in 2013, time really does give one a sense of distance when having to deal with criticism, even very constructive criticism.  So this is me trying to assimilate advice and put it into practice as I work on re-drafting the current versions of both sequels.  As such, I can strongly recommend the Nail Your Novel books to anyone who is struggling to write a novel to a professional standard.
Posted by  Ashley at 18:18 No comments: