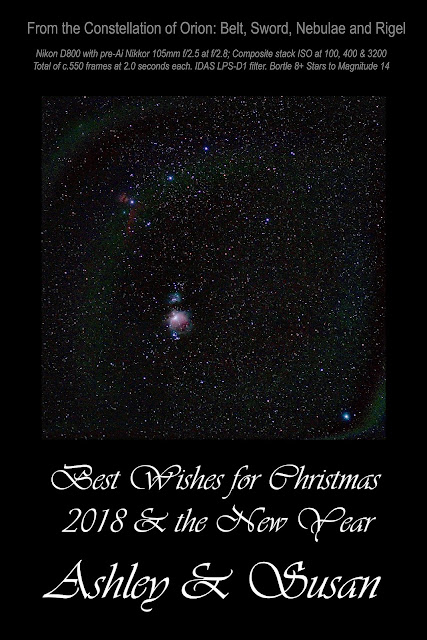 The above picture was taken by my wife as per the technical information listed above. A remarkable piece of photography given that we live in London and one cannot see that many stars with the naked eye.

We've done all the essential food shopping. Anyone would think we were laying in for a siege, and of course the tree is up with presents to be opened.

Anyway, I hope you all will enjoy the break and so I wish you all a Merry Christmas.
Posted by  Ashley at 10:57 No comments: 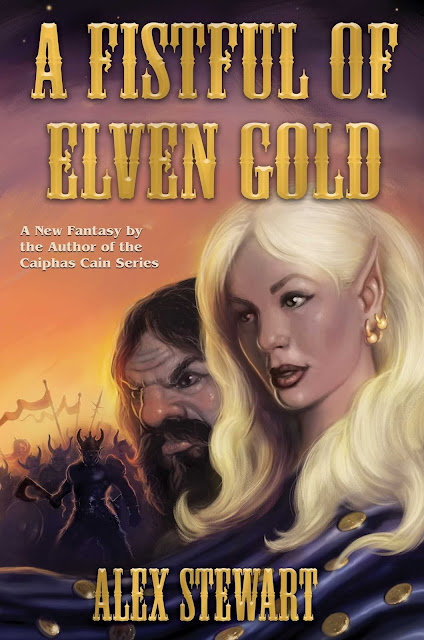 More books I have read, and as promised a review of A Fistful of Elven Gold by Alex Stewart aka Sandy Mitchell of the Ciaphas Cain series.

Though the title playfully makes one think of the film A Fistful of Dollars, which itself was a homage to Akira Kurosawa's Yojimbo, this tale of a gnome on a mission owes more to Terry Pratchetti with a soupçon of Tolkien for flavour. Not my usual reading, but I thoroughly enjoyed the romp, may there be more.

Next up was James S. A. Corey's Leviathan Wakes, which I decided to get after watching the first two seasons of The Expanse. 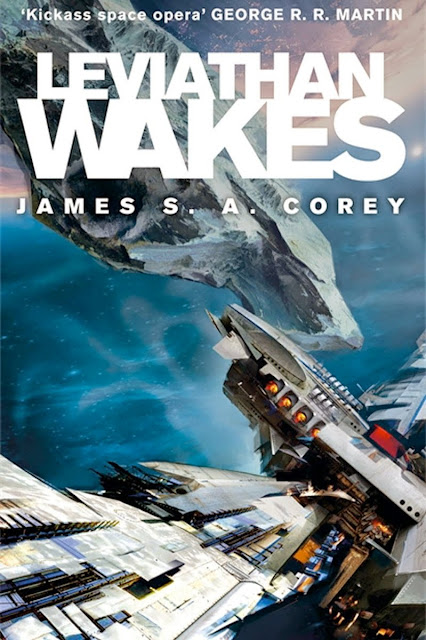 The book covers more than the first season of the show, which for me was a bonus as it resolves the first story arc. However, I can't fault where they broke the story for the show, because it certainly left one wanting more. Good technique.

Story wise I think the show ends up being a slicker version of the book story. The second season therefore also only gives about half the story contained in Caliban's War. 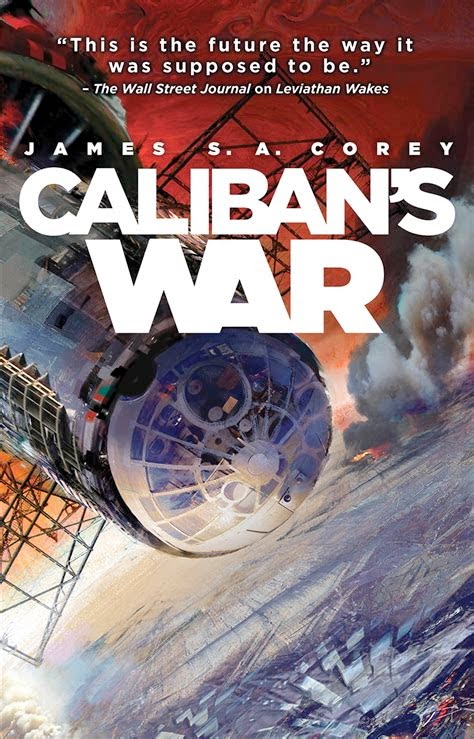 I read the second book while watching the second season of the show. I enjoyed the TV show more because the actors brought the characters to life. Especially, Shohreh Aghdashloo, who plays Chrisjen Avasarala the UN Deputy Undersecretary of Executive Administration. Her performance is riveting.

By the time I reached the end of the show and reading the books I had gained some insights into the similarities and differences between the two forms that arise from the difference between filming a scene and writing it.

After this, and given how I've been feeling, I decided to delve into my to be read pile. I've been putting off reading the last two Iain M. Banks books because it still makes me sad that there won't be any more new Culture stories.

By mistake I read Hydrogen Sonata first, which meant I read them out of publication order. I should've read Surface Detail first, though in fact from the Culture timeline on Wikipedia says the latter takes place after the former. So not really a problem. 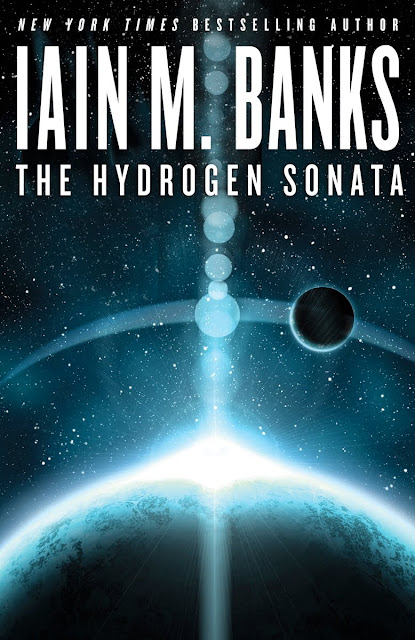 Reflecting now on the order I read these two books, I'm glad I chose to read to read Hydrogen Sonata first because I really enjoyed the elegiac feeling that the story provoked as a reflection of Iain's passing. My favourite Culture novel still remains Excession, but this is a strong contender for second place. 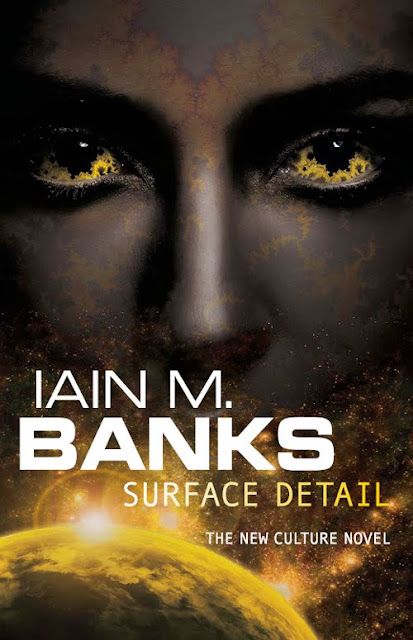 Then I read Surface Detail, which was a bit of a curates egg.

It's a richly detailed story, but I found myself disinterested in several of the POVs for different reasons. The Hell universes were just unpleasant, and the time spent in them dragged. The main villain, Veppers, just didn't do it for me. However, what I took away from this was that even an author of Iain M. Banks status doesn't always hit it out of the park.
Posted by  Ashley at 18:02 No comments: