I came across Sabine Hossenfelder during my research into science stuff for my novels. She is sometimes controversial, her stance against a new collider to replace the Large Hadron Collider, which has ruffled a few feathers of her fellow physicists.

She's a good role model for those who want to present science in an accessible manner.
Posted by  Ashley at 12:32 No comments: 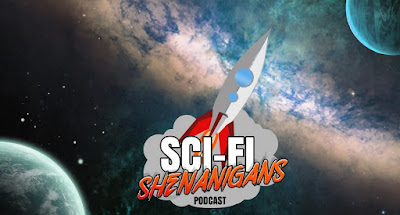 In late news, due to being distracted by current world events, I can be heard on episode 155 SciFi Shenanigans Podcast, titled MilSciFi Panel 3 – British Edition, hosted by JR Handley with my fellow Mil-SF authors Tim C Taylor, and Ralph Kern.

In other news, after a long hiatus I've started writing, refreshed after a long, much needed break to dig myself out of the hole I was in.
Posted by  Ashley at 19:15 No comments:

Do Not Cause People to Panic 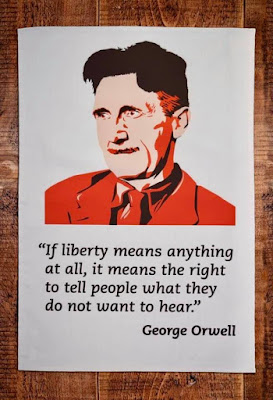 Words fail me, which is a thing I grapple with. This post is me grappling with with the current social media fire sale: where reasonable people dismiss any feedback that contradicts their beliefs and opinions.

When objections are dismissed, it makes it impossible to discuss the topic outside of the "box" it is framed in; some examples:

You're not arguing in good faith.

You give yourself away as having ill intent.

This is not up for discussion (it has all been discussed before, your views are unwelcome, detrimental to the cause).

Then actual labeling people as objects (you're racist, you're a fascists etc.).

This is all part and parcel of confrontation. However, confrontation can be positive or negative. Negative confrontations start from assuming the other person is behaving badly.

I will listen to responses. I recognize that I am very assertive, so please feel free to call me out if:

I cause people to panic.

I treat people as objects.

So this post is me owning my understanding by processing my thoughts into words.

Seems like a harmless enough statement, but how often have you heard, All Lives Matter?

How do you respond? Is it:

Of course all lives matter, or

This isn't about white people, but black people dying at the hands of white cops or white Americans murdering Blacks as part of systemic institutionalized racism.

If it's the first and a person has responded with the second response what happens next? My guess is a retort, often indicative of "what did I do wrong?" or very broadly panic, from being told they're at fault.

I have lost count of the number of times I've seen this happen, escalating the confrontation into an argument? Then I see people start rolling out the objections I listed at the beginning of the post.

Come to a common ground or agree to disagree in a polite and civil exchange.

I find the answer to this question is generally "no" which has driven me to write this post.

Let me start by laying out my assumptions and process.

I start with positive assumptions, because we all have implicit assumptions and bias, so make them positive.

I don't assume malice when thoughtlessness is always a better explanation. I assume people are well-meaning with good intentions, and at worst just ill informed. I'm open to feedback that defines the problem with my response.

I don't respond when I'm angry, because emotions should serve me, not control me.

I analyze all behaviours through my core profession: cognitive behavioural therapy. This means I look at thoughts, feelings, and actions.

Black Lives Matter is a simple slogan meant to encourage rapport and empathy for those who have been killed.

So when I reply, All Lives Matter; I'm giving feedback. If my feedback is denied, by telling me I'm wrong, then what has happened is a confrontation.

My problem with it, and most slogans, is simple: it automatically excludes rather than includes, which is fine – if that's the aim – but here it seems to me to be contrary to the goal.

What has happened is a failure of the slogan to communicate what was intended.

If you were a person who came to me for therapy, and told me that every time you used a particular phrase you got a negative response, despite your good intentions, I would say words to the effect:

"How long will you need to be convinced that this isn't working out as you planned?"

I'll add a caveat here, people often do things repeatedly expecting a different result next time, and on occasion it's not what's being said but how it's said.

Then I would explore with my client a way of saying what they want to say more effectively.

So let me repeat, the sentiment behind a slogan may well have good intentions and still fail; if so, functionally, it becomes a poor slogan.

Then, assuming you want to create understanding, when confronted by answers you don't like, or cause you to become angry, instead of challenging the statement, ask them to help you understand their answer.

If your response includes any of these assumptions:

They're not arguing in good faith; They have ill intent; This is not up for discussion (it has all been discussed before, their views are wrong); or you label them with a slur such as racist, or fascist.

You have to ask yourself is that what you want? Keep it SMART and remember KISS:

This post is an example of me asking people to help me understand what benefit is there from making well intentioned statements that generate conflict.

Understand that people's behaviours are in response to yours. Understanding them means taking feedback, and owning the responsibility for failure to communicate. If you wish to succeed, it starts with listening.

Remember my goal is to either to come to a common understanding or to agree to disagree in a polite and civil exchange.

I will listen to your feedback of this post because I take ownership of what I say.

You can't control what other people do.  You are not responsible for other people's feelings.  The best anybody can do... is be a positive influence.

Dwelling on the past injustices won't make things better. Accept what has happened and move forward.

When confronting a statement be polite and civil. State what your issue is, what you want, and check with the other person that they've understood you.

Note: The title of this piece is an allusion to the fact that "free speech" doesn't mean you can shout "fire" in a crowded theatre, which should also provide context to why I labeled the current social media wars a "fire sale."

The Power of Positive Confrontation: The Skills You Need to Know to Handle Conflicts at Work, at Home, and in Life by Barbara Pachter & Susan McGee

One of many books on managing conflict.