Curiosity Cat (More About Me) 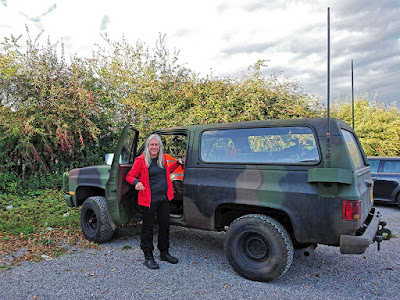 I thought of calling this page All About Me, or How much I love Myself, and for a moment even thought of calling it Despicable Me, but that would be stealing wouldn't it.  Also, having done some research on author bio's I'm told they should be written in the third person, which given I'm writing about me seems a little odd.

So first person it is.

Currently I'm writing full time. I was a cognitive behavioural therapist, with a background in mental health nursing, who worked in the NHS for 21 years.

My first job was as a clerical officer in the civil service, then working in a bakery and as an office cleaner, while studying Art and Photography.  After being thrown off that course I had a number of sales assistant jobs in different types of shops: hobby store, photography outlet, and a wargaming shop.

I've also been a photographer, a bicycle mechanic, and a self-employed desk top publishing designer, the oldest kitchen porter in Brighton, a wine waitress, and the personal assistant to a managing director of a small alternative new age company.

So, my career has been varied.

I've written for games magazines as reviewer and columnist.  First review I ever wrote was for Miniature Wargames.  I was a columnist for Games Master International, and I've also written for Battlegames magazine.  I did some freelance work for FASA Corps for their 3055 Technical Read Out for the BattleTech game, and wrote and designed OHMU War Machine.  I've also written a non-fiction monthly column for Galactic Journey.

For fun, I like painting miniature and playing table-top wargames.  I also like cycling, and have an interest in martial arts, though I no longer practice them due to health issues.  So I took up archery, as I find shooting arrows at targets relaxing.  Like most authors I enjoy reading, and have lost count of the number of books I've read over the years. 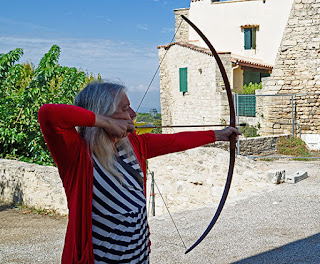 
I think the first time I became aware that there was such a thing as a science fiction fan was after reading Robert A. Heinlein's Red Planet and Farmer in the Sky, which I devoured  and immediately bought the other two books by him that were in the seaside newsagent; Time for the Stars and Tunnel in the Sky.  And I've never looked back.  Another favourite book from my childhood was Clifford D. Simak's Cosmic Engineers, and of course A. E. van Vogt's Voyage of the Space Beagle.

I've also never separated my love of books from enjoying science fiction in film and television, because being of a certain age Gerry Anderson is a thing, especially Fireball XL-5, and I remember being blown away by Forbidden Planet when I first saw it on TV.

I am unashamedly a starry eyed dreamer.

What My Readers Say