I hope that all my American readers had a good Thanksgiving.  We celebrate it too and this year we had a full house with six sitting at the table for turkey and all the trimmings.  On Friday we repeated the meal with a friend from work, and on Saturday we drove to Cambridge to celebrate Thanksgiving again with our friends Kate & Malcolm.  So I'm totally turkeyed out and slightly behind on where I wanted to be with my writing this week.

Oh and I've been to my first archery lesson which is something my partner has been talking about taking me too for a while.  She's been shooting for a few years and started off with a nice aubergine coloured riser (modern bows are modular and have arms and a riser) and then found a Cadillac pink riser that she fell in love with and had to have.  As a result she had a the makings of a spare bow which is now mine (I love the aubergine riser because it's the same colour I chose for my iaito saya when I used to do Iaido).

So I went and I loosed four dozen arrows over the course of a couple of hours at the Greenwood Osterley Archers club.  It's the first of six lessons and it means next year when Susan goes off for a days shooting I can go along with her and join in the fun.  I must admit my neck and shoulders ached a lot this morning and I had to have a hot bath to get comfortable.

Snow Gone in a Flash

We slept in late this morning having stayed up way past our usual bedtime watching the film Spy.  So we missed the snow in London this morning.  However, I can attest to how cold it is outside because we've just got back from shopping and I wish I'd worn a scarf.

During the last couple of weeks we've watched a bunch of  TV shows.  First Flash and then Grimm, followed by catching up with the last series of Warehouse 13.

Flash is by the same company that produces Arrow but if Arrow is a hamburger then Flash is Candy Floss.  That's not a condemnation, as Arrow's last season was over the top melodrama and Flash was a refreshing change of pace.  There's a very nice call back to the 90s Flash with Mark Hamil reprising his role as the Trickster that made us laugh out loud.  Also, I must mention Cisco, the team science/engineering genius/geek, who gets to be the genre savvy character on the show.  However, the standout performance comes from the actor playing Dr. Harrison Wells, Barry Allan's mentor and the series protagonist.  He is a magnificent bastard and he makes the show more than just the sum of its parts.

Grimm remains a police procedural that rolls out the Wessen (monster) of the week and yet manages to remain eminently watchable because of its characters.  In particular Monroe and Rosalie who are the supporting couple.  Season four also mixes the format's formula and brings in some big changes, including, at last, adding Sergeant Wu to Team Grimm.

Warehouse 13 is a lightweight, don't think about what's going on too closely, magical artifact of the week formula melodrama.  It makes the Flash look grimdark by comparison.  But the characters are engaging and we're addicted to it like some people are addicted to crack cocaine.  Season five is a super short six episode mini-series that ties off most of the hanging plot-lines from the previous seasons.  It feels a bit rushed but it made me cry at the end.  I wish there could have been more.

Anyway, back to Spy.  The film had a lot of good press and stars Melissa McCarthy a CIA 'agent' who supports field operatives.  Like the Austin Powers series by Mike Myer's ' movies it sends up the James Bond spy genre but from a female perspective.  It has an interesting cast and a good story.  But there's a s lot of swearing, and in the extended cut nudity, so not for those who find swearing or sexual content offensive.  It made us laugh even though the plot is implausible to say the least because Fridge logic rules;  everything is in service of the gag.

Reading wise, I'm still working through Steven Pinker's The Sense of Style which is messing with my head.  I shall come back to this and review it in full later.

I've started on the first revision of Ghost Dog.  The first step in the process of turning shit into gold or maybe shit into manure which can fertilize crops.  I've managed to do 22,043 words this week and have about 73,000 more words to wade through.

I've just gotten back the first of my three Beta readers feedback who made me realize that when I cut 6,000 words of stuff not directly related to the main story arc that I also managed to remove some exposition that explained stuff important to the plot.  Not withstanding the fact that said explanations are repeated later the information was needed earlier in the story.  Sigh!
Posted by  Ashley at 17:59 No comments: 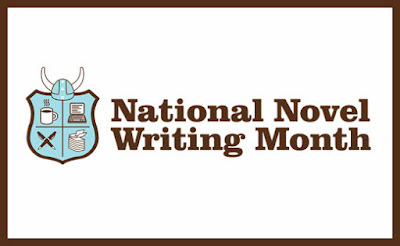 Today I was interrupted by my partner telling me about what happened in France.  I commented about it on my other blog.

This week I've been busy writing.  Its something I do when not reading or thinking.  Or eating and sleeping.

So this week I compiled Strike Dog and read through it after finding a typo on the first page.  An oops moment which resulted in a quick editing pass going through the whole novel and adding 40 words to the total.  Phew!  Next I finished polishing off Bad Dog, a slightly more strenuous edit which I started at the end of last week.  I ended up changing about 102 words and after compiling it found some formatting errors.  So a quick once over to correct that and I was done.

After that and going to Aldershot to retrieve my truck after its service and MoT.

Then it was back in the saddle and I made a start on Ghost Dog, the third book of an unintentional trilogy.  In the process of starting the re-write I found a scene to pull and put into a side novel that I've tentatively titled Two Moons.  I had already put about 7,500 words in a Scrivener document from scenes pulled out of Strike Dog.  So by the end of this week, after a serious revision of those words, I find myself having accidentally written 10,653 words of a new novel.

Any of my friends who are doing NaNoWriMo this month I do apologize if knocking up ten thousand words in a day a bit discouraging.  But what you have to remember is that for the last three years I write almost every day.  So don't be disheartened just keep typing and good luck.
Posted by  Ashley at 14:11 No comments: 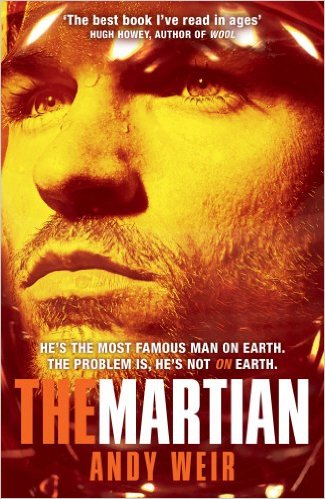 Being such an on the ball happening person it has taken me four years to get around to reading Andy Weir's The Martian.  I'll keep my review short.  I really enjoyed reading the book.

Are there quibbles.  Yes, sure there are.  The weather scene.

My critical observation;  the hero would've lost a lot of weight after 18 months on a 1200 calorie a day diet.  Like the former criticism it's really not that big a deal because stories are more than putting squicky details into the description because sometime it can be too much.  Of course, if this had been a body horror story then it would be different.

So I'm looking forward to getting the movie on disc soon.

This week I've been acting as a Beta reader for a friend of mine, going through his short story and being very critical.  In the process I've learnt some stuff about my own writing and the quirks and foibles I fall into.  Having Beta readers and acting as one for others is one way of upping one's game.

No boring word counts this time, so that's it for another week.
Posted by  Ashley at 14:37 4 comments: