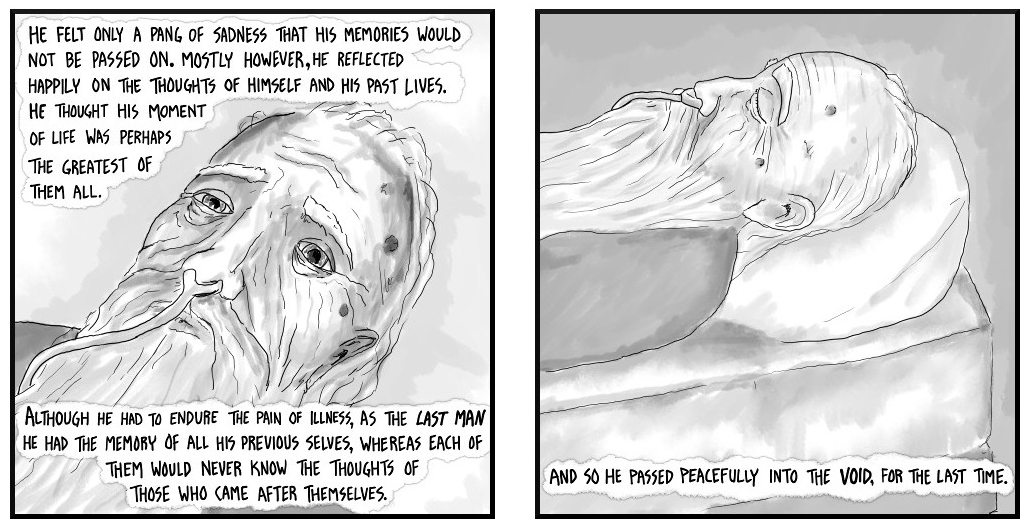 I heard that a friend of mine died recently, and yesterday my partner's step-father died in hospital.  We had visited him in the afternoon, where he was all all hooked up to machines to aid breathing and monitor his vitals.  He lay on his bed with more tubes coming out of him than is natural.  I joked with him that he looked like some special effects set up for Dr Who.  He died a few hours after we had left, just like that.

So not in the mood for much of anything at this point, because this triggers a whole bunch of stuff about my family, and the deaths I've experienced over the years, both personal and professional when I use to be a nurse.  The above image is linked to Existential Comics, which appeals to my dark sense of humour.
Posted by  Ashley at 17:50 No comments:

I forgot to take a camera with me, so no picture of my partner firing a longbow at an archery competition.  I went to offer moral support, and cheer etc.  My plan was to read a book, but I got caught up in watching everyone shooting.

This week I managed to finish the rewrites for the the twelve chapters in act two of my novel Bad Dog.  So far the first two acts have taken me nine weeks, which feels like far too long, but like most things in life, things go at the speed they go.  On the other hand I do feel as if I've got my writing mojo back, in so far as I've started to dream about writing stories, and yes I make notes, which feels good.

I'm running late today, from watching the archery, so I shall cut this post short, wish you all well, and catch you on the bounce.
Posted by  Ashley at 18:17 No comments: 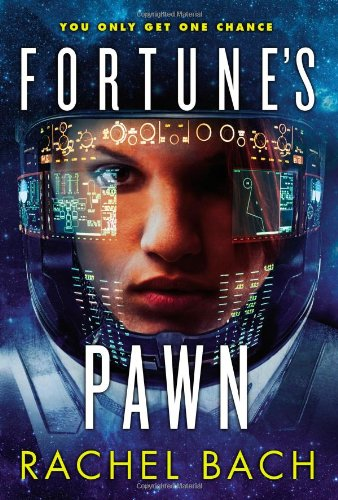 My partner decided to pick up Fortune's Pawn, book one of the Paradox series by Rachel Bach, because it had a female protagonist, was written in the first person, and it featured power armour.  I decided to read it too, as one does.  It's what I would describe as military space opera, because the science of the power armour is more akin to Marvel's Iron Man than anything based in hard science.  It's no worse for being so, in fact it's a rather good read.  The story romps along with plenty of action.  Just don't expect the tech to stand up to any real scrutiny.  There is also a romantic sub-plot that some readers may not like, but there is lots of kick-ass action, too.  So a book of two parts, which may be a problem for some readers.  For all its soft SF handwaves I still enjoyed this book enough to want to read the sequels.

We've been watching a lot of stuff recently.   As I'm still thinking about what to say about Continuum, and we are still watching Orphan Black, I shall briefly discuss Idiocracy.  This is an older film that came out in 2006, which often gets mentioned in passing when discussing the future of humanity.  It's a comedy, and as a long time reader of SF I can't help but be reminded of The Marching Morons by Cyril M. Kornbluth, or for that matter Woody Allen's The Sleeper.  In fact the plot of Idiocracy is one that will be familiar to all long time SF fans.  The premise is actually ludicrous, because the effects of fertility and intelligence are correlated, but not causally linked.  In short the science sucks.  On the other hand, while the science sucks big time, using the setting to lampoon contemporary mores and values works.  While Idiocracy didn't get a proper release, it has gained a well deserved cult status.  It's a pity the plot isn't stronger.

With regard to my work this week, it has been one of two halves.  The first half of the week saw nothing useful done.  The second half I managed to edit 30,000 words of The Bureau, and edit five chapters of act two of Bad Dog, adding a 1,096 words to the story in the process (which was not my intent).  So it's been a bit of an emotional roller coaster ride for me, as I struggle to get to grips with what I need to turn my writing into a polished end product.
Posted by  Ashley at 17:53 No comments:

It has been one of those diverse weeks for me. On one hand I got back in the saddle and started work on editing the shit out of my novel.  On the other hand I didn't do anywhere nearly enough work.  Becoming distracted by other stuff, or failing to focus on the task at hand, meaning I wasted time doing other stuff.  I'm just over half way through the twelve chapters that make up act two of my novel, and I'm finding it a dreary soul destroying slugging match.  My problem seems to be that I have no sense of when I'm changing tenses, over writing every single scene, to death, and beyond, with running sentences that never end.

Still, after being distracted by Neil Shuck's Meeples and Miniatures podcast I did edit 40,000 words of an old set of rules I wrote twenty plus years ago.  No doubt Roger will be along soon to ask does this mean a set of rules for for playing games in the Bad Dog universe.  The answer remains no, for definitions of no that mean possibly, maybe, if the moon is right, and I have spare time.

This week I finished reading The Coldest Girl in Cold Town by Holly Black.  I enjoyed it, but it's a chick book.  It's a romance of sorts, but no sparkly vampires I promise.  It is well written, and I read a fair chunk of it in one sitting, finishing off over the course of a couple of days as and when I remembered to pick it up.  I'm not sure there will be a sequel.  If there is I will check it out, but it doesn't need a sequel as the ending can only go one of two ways; she either does or does not turn.  Either way I'm not sure that any further story needs telling, because it would take the story into well trod areas.   In my opinion, the biggest selling point  of The Coldest Girl in Cold Town is that it is a bitter sweet story of the dream versus the reality of vampirism.  On the other hand, I had the thought that if Holly Black takes the other characters we meet, then she could go the whole Anne Rice route.  Sorry, this is me thinking with my with my authors hat on, working from a plot structure/story arc perspective of what would I do next thing?

Finally, this weekend was my writing group's AGM.  We discussed the usual stuff that agendas have.  I went, because I thought it would be good to get out the house, and pretend to be sociable.  The trip back turned into a bit of a nightmare, as I had to use the bus, because the District and Circle lines were closed, and I didn't fancy facing the heaving crowd at Victoria.  On reflection heaving crowds versus an hours bus ride; note to self choose heaving crowds.  On Sunday we went to visit my partner's step-dad who is hospital.  Not well, and rather frail, after a fall and infections, amongst other things.  Still he is eighty-two, so a survivor.  Hence the day delay in posting this, as we were  bit frazzled yesterday.
Posted by  Ashley at 13:44 1 comment: