Eleven weeks is how long it has taken me to get the end of edits my Beta reader flagged in the fourth draft of Strike Dog.  Now all I have to do is write a bunch of new scenes and fill in a lot of extra world building background details to replace the chapters removed in the edit.  I'm obviously relieved to have gotten through what became quite a slog, not only for me but also I imagine for my Beta reader who went above and beyond the call of duty.

However, I now have a much more realistic view of how long it takes to write stuff when one is working as well, and without the day job things would be a bit tight.  So it's relief not to have money worries, even if that comes at the cost of not being as productive as I would like.

As they say, life, no one gets out alive, and there are no promises.

Soon I will start on what I'm calling the fifth draft of Strike Dog, but before I do, I plan on doing some polishing on Bad Dog.  I spent a weekend away seeing friends, who both read an earlier edition of my novel, and discussing the rejection feedback, in between hanging out with my godson and his sister.  The consensus being that the feedback was sufficiently vague it was impossible to make substantive changes to the novel.

We discussed taking out some or all the third-person point of view sections, which are in the novel so that the reader always knows what's going on, even when my protagonist does not.  I had been considering removing some and restructuring the novel to have a prologue and epilogue that would have most of the third-person parts of the story to top and tail the main story, but this was shot down on the grounds that reader would lose the perspective of the villains.

I also thought about just having a first-person story, but then I'd be left with a novel that was only 57,314 words long, which means it just isn't long enough to sell: and that really would mean a re-write that would break Heinlein's third rule of writing.

So now I'm pondering the ineffable qualities of writing: the gestalt that is a novel, the synergy of plot, character and style from which a story emerges.  All of which is just a fancy way of saying novels are made of words put into the right order to tell the tale you have in mind, which is harder to do than it looks.
Posted by  Ashley at 15:49 No comments: 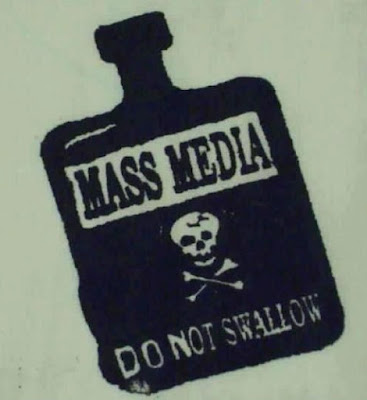 Another week of churn on the internet over cultural appropriation, which just beggars belief.  It makes me want to say to all parties on both sides of the debate, tone it down, because what's happening is not discussion but flame-wars across the social media.  Wars where no one takes prisoners and you eat your wounded.

I get we should not use other peoples culture to mock, shame, or abuse people.

However, I can't help think that the worst case of cultural appropriation is the use of political correctness, the roots of which lie in Soviet era censorship, and during the 1970s was a term that was used ironically against orthodox thinking.  Now we live in a world Orwell's Big Brother would be proud of, where we don't learn from history, because we've forgotten history.

I'm all for politeness and civility, and to those that think there comes a time when one has to get angry or get their inner Hulk on, I say far better the injustices of living in a land under the rule of law than one without.  Why, because a smack in the mouth often offends.

Besides, what is culture, how do you measure how much you own, and who actually controls it?

I would argue cultural appropriation is neither good nor bad, but rather what happens when we live in an inter-connected multicultural world.  In short, don't treat people as things and enjoy eating curry's, tacos and wearing sombreros, which is just the Mexican word for hat that again can be traced back through history: the Spanish introduced them to Mexico and the wide-brimmed hat can be traced back to Mongolian horsemen.

And given this is a writing blog about fiction, remember that there are no new ideas isn't just about story tropes.  It also describes societies throughout recorded history, which is the equivalent of the metaphor that writers stand on shoulders of the giants who came before them.  We are not single points in the space-time continuum, but the product of something that can be traced back to beginning of the universe.  We are all, as Carl Sagan said, made of starstuff.

TL;DR: cultural appropriation is, to paraphrase the social anthropologist Piers Vitebsky, part of the human condition.
Posted by  Ashley at 14:24 1 comment:

Last weekend was a busy one, starting with a birthday party on the Friday night, followed by archery practice first thing on Saturday morning with a BBQ in the afternoon at a friend's place, with Sunday seeing us at the last short metric club county competition.

So we were both grateful that Monday was a Bank Holiday. Hence no post last week.

However, I've been busy writing too and I've just broken one of Heinlein's rules:

Rule Three: You Must Refrain From Rewriting, Except to Editorial Order

Well, sort of – I've been gnawing away at the feedback I received from my novel's rejection:

... it aroused some interest, unfortunately it lacked the straightforward narrative...

Though if I'm cutting myself some slack, then this could be interpreted as editorial input to re-write my work.

At one level I'm struggling to interpret what this meant and even emailed asking for a clarification, but I don't expect an answer any time soon.  But I really want to sell my novel. So something must be done however, however given the parlous state of publishing my options are limited.

I tried one editor from the big five who requested the chance to read my work, but I heard nothing back.

Also, many of the big publishing house will only take submissions through an agent, and I've not had much luck there either.  Though after reading Kristine Katheryn Rusch's blog I think it would be wiser to use a solicitor to negotiate a contract rather than relying on a literary agent.

My other option is to self-publish, which I'm considering, but from what I've read I would need to up my output to generate interest and a sales stream.  Given it has taken me three and a half years to write three novels, two of which are still being edited, I'm not sure how realistic this path is for me.

I now have a novel with a Prologue and Epilogue, which I understand is not at all fashionable today.  I've also added a short story as an addendum to the main story, telling the reader what happens to my hero afterwards when she goes for officer training, which I cut from my sequel for pacing reasons.

The plan is to add a new chapter to what Jim Butcher calls the 'Swampy Middle' of the novel, and revise another chapter by re-writing a third person POV from my heroes first person POV instead.

Just getting to this point was a serious chunk of work.

In the meantime I'm progressing on the edits on Strike Dog and considering my options on what I want to do to make it a better novel.

What's frustrating is the amount of time this is taking, but unless I can make more money writing than doing the day job, then I guess it just sucks to be me.