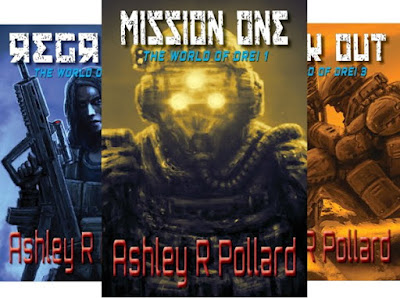 The theme for these books was inspired by this quote:

About the World of Drei Universe


This series was inspired by Keith Laumer's Bolo stories. My story is set during a near future Russian civil war, and it's my take on artificial super intelligence's and their impact on how it changes the nature of wars.


Seventh Company's Lieutenant Morozova and Sergeant Rozhkov face an enemy that knows no fear, cannot be reasoned with, and does not stop until destroyed. On the verge of defeat, win or die, they must fight.

The first story of a future Russian civil war set in the World of Drei universe, "Mission One" tells of the desperate fight for survival against an enemy cybertank.


Trapped behind enemy lines when the enemy overran their command post, Sergeant Volkova and the wounded Captain Lenkov face a march across a frozen land. With limited supplies, their situation is dire.

The second story of a future Russian civil war set in the World of Drei universe, "Regroup" tells the story of human courage against all odds.


Defeated, Lieutenant Morozova and Sergeant Rozhkov get the chance to rest and recuperate. Refitted with state-of-the-art equipment they must be the eyes of a newly formed battle group. The point of the spear.

The third story of a future Russian civil war set in the World of Drei universe, "Break Out" delivers combat-grade military action revealing how human camaraderie grows in the face of terrifying adversity. 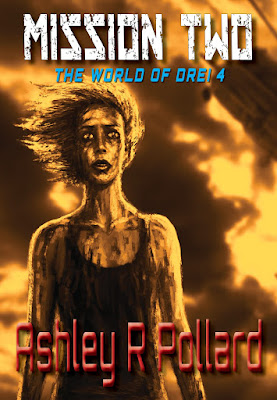 Rendered unconscious by an explosion, Lieutenant Morozova woke to a vision of a crystal mountain. Now caught between life and death, she must not only survive the rigors of war, but also the challenge of the mythical world of Russian legends.

The fourth episode set in the World of Drei universe, "Mission Two," a brilliantly ingenious vision of future war deepens the human story behind those who face an unrelenting opponent.


The World of Drei books listed above are available as separate stories.

The World of Drei Series on Kindle at Amazon US

The World of Drei Series on Kindle at Amazon UK

Year One: The Last War 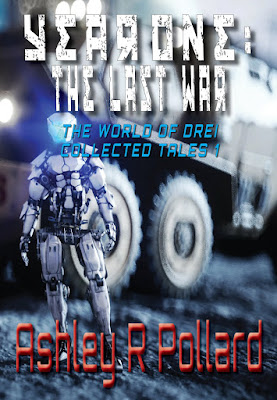 Seventh Company's Lieutenant Morozova and Sergeant Rozhkov fight to survive in a frighteningly possible real future. One where autonomous war machines roam the battlefield, enemies without fear that do not stop until destroyed.

A full throttle, combat-grade military action, "Year One: The Last War," collects the stories from Mission One, Regroup, and Break Out into one volume, expanding the explosive ongoing story of a future Russian civil war.

Year One: The Last War on Kindle at Amazon UK

Year One: The Last War on Kindle at Amazon US

Year One: The Last War on KOBO at Rakuten