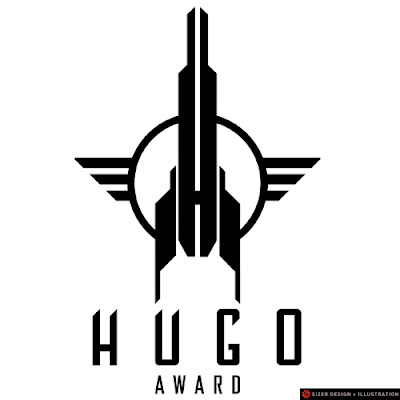 Now I'm into my fourth decade of reading SF.  I went to Helicon in 1993, but after this I didn't go to another convention again until 2002 when I return to fandom by attending ConJosé the 2002 Worldcon in San Jose, which was the first convention my partner ever attended.  Talk about being thrown in at the deep end.

Again the link for the Hugo Wikipedia page is here.

Looking at the awards I have managed to read five of the eleven winners in this period, and only four of the forty nominees.  Given how few of the Hugo award winners and nominees I've read it's easiest for me to list them, rather than trying to encapsulate all the books I haven't read (check out the link for all the books).

The award winners I've read were: A Fire Upon the Deep by Vernor Vinge, Mirror Dance by Lois McMaster Bujold, Forever Peace by Joe Haldeman, A Deepness in the Sky by Vernor Vinge, and Harry Potter and the Goblet of Fire by J. K. Rowling.  However none of these were bought because they were Hugo award winners, assuming that makes sense.  I was blown away by A Fire Upon the Deep and I've just snapped up anything by Vernor Vinge ever since.  Likewise for Bujold's work, and Rowling's books were read mostly so that I could talk to my clients at work who were enjoying the stories.

This seems to indicate a complete collapse in the number of books I'm reading, except I bought and read a whole bunch of books, even though I will qualify my statement by saying I wasn't reading as much during this period as I used to.  In this case mostly because I had a shed load of text books to read for the diploma in mental health studies I was studying for.  The job I then went into was quite demanding, which also had a considerable impact on how much I read. Still, saying that my book collection kept growing.