The Call to Writing 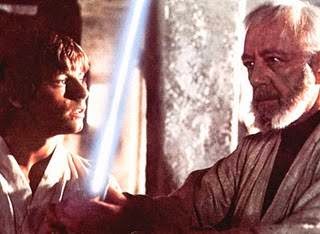 In another place and time I found myself in a rare position of having a job where I could write stories while I worked.  I had written short stories as a teenager, which my stepfather had told me, were better than he could write.  However, his main comment was that they were written in American English, which made my stories somehow less than they could be.  Writing was certainly not proper work, as it would lead to the misery of poverty; better to have a proper career in banking, like him.  Time passed, and I grew older, but I failed to become a banker, or a solicitor by the time I was nominally an adult.

This is of course for some definitions of adult, but not all definitions of adult, because this was a time when traditional adult roles were changing.  The forces of change ranged from feminist challenges to the male patriarchy, to Margaret Thatcher and her ideology of TINA; There Is No Alternative.  Still, my life was ordinary but I still felt the call to write stories.  As with all things there comes criticism, and my younger self could not cope, because it felt like rejection, and rejection was the thing that I feared most.  Being rejected meant being unloved, unliked, and having to face death all-alone.  So I found other ways to be creative, ways that would not result in me having to face being alone when it was my time to die.

Rejection of what I believed was right for me led to isolation from change that reduced my circumstances, and made my less ordinary leading to rejection and being alone.  Then death came into my life, not for me, but for my friends and family, and I realized that if I were to die without having written the stories I wanted to write then I would die very angry and bitter, full of sadness and regrets.  A friend challenged me to write, and I started, but got stuck again at the barrier of what to write from the sheer number of words one needs to finish a novel.

Then, as in all good stories, something happens to the hero to aid them in their quest.  I was given a present from my partner to help me on my journey to become the writer of my own stories, and through the internet I found my first guide who pointed the way to the path that led to the truth, just write.  Thank you Chuck.

There began my quest to become a writer, and like all quests there was danger from having to face and overcome the monsters of doubt, fear and uncertainty.  The words I wrote taunted me, leading to despair and frustration, but I started again by writing something different, another story and challenged myself to write everyday.  Other people said that is not enough, and that I should write more.  Some writers reported they wrote more words in a day than I was writing in one week.  Confusion and chaos arose from the contradictions all around me, and then I remembered the truth again.  Write, just write, but write everyday, and you will find your way.  I crossed that threshold two months ago, and in so doing I have found myself lost as my old self struggles with the daily task of writing, and the feelings that it generates from doing so as I grow into my new role as a novelist.

Then came the time to get my present, which some may say arrived after the time it was needed, but real life is not a simple story where things happen just in time.  There are complex stories of setbacks, and new challenges that change from day-to-day.  There I met a mentor who taught me that being a good writer is not the same as being a novelist, because everyone can write something that is good, but not everyone can write a novel, because a novelist must have staying power and commitment.  A novel is more than the sum of its parts.  Not all the chapters in a novel will be perfectly written, and the search for perfection must not be allowed to prevent one from reaching the goal of finishing the novel.

I have finished the two-day workshop, and like all mentors mine has imparted his wisdom, and now I must face the trials ahead.  I have helpers like my partner for one, and a community of writers on the Internet for another.  Some will serve me better as certain times, and less well at other times, but I know the fundamental truth that the power is within me.  So I now approach the darkness of the innermost cave of completing the novel, and then I must submit it for publication.  That part of this story is not yet written, but I know I can do it that I must do it if I want the reward that is to become an author of a novel, and here is the final truth.

One is not enough, because if one is good, two is better and three better still, because that is the novelist's quest.  Novels test the author's ability to explore new ideas, to create new characters, and new worlds; to write what no other author has written before.

I have just returned from attending a weekend Guardian Masterclass on the Fundamentals of Fiction that was run by the award-winning author Tim Lott, full of enthusiasm from his teachings I was inspired to write the above.  His two day workshop covered the following: Introduction to novel writing, The psychology of writing, Planning and structure, Dialogue, Character, Plot versus story, A sense of place and time, Next steps and selling your novel.

Email ThisBlogThis!Share to TwitterShare to FacebookShare to Pinterest
Labels: Writing About Writing