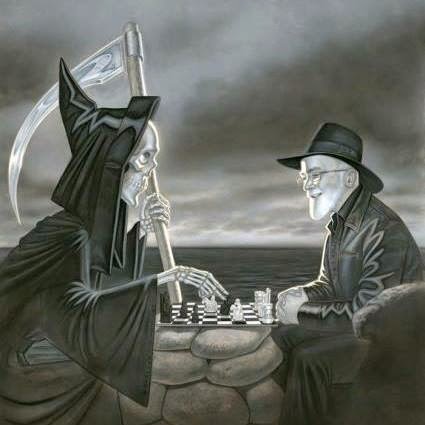 I first met Terry Pratchett at a games convention.  I think it was one of the UniCons, probably CamCon in 1986.  I'm not entirely certain, because I didn't write anything down, and this was in the days before the internet, blogging, FaceBook and Twitter.  We had bulletin boards, and dial up modems – if you've never had to dial up to connect to a service using a modem be grateful.  I know I am.

If I remember correctly, usual caveats apply (see above), I cycled to Cambridge from Southend-on-Sea in Essex, which caused a bit of a stir, because who'd be crazy enough to cycle 60 miles to go to a convention, stay overnight and then cycle back 60 miles?  That would've been me.  I was young then, and fitter than a fit thing.

Terry was a fan, you can read my friend Jaine's blog that nicely captures this here.  When I met Terry The Colour of Magic had been out in paperback for a year, and Light Fantastic had just arrived on the scene as a hardback, with the paperback due out later that year.  He'd also had Strata published in 1981 under his belt, and unknown to me at the time The Carpet People.  So not really a big name author, but someone breaking out.

I had been invited to be on a panel by Marcus Rowland and was introduced to Terry.  We talked about role playing games and stuff like the luggage having come from an RPG campaign Terry had been involved in.  I can't recall if he was the GM or a player.  Sorry for my  lack of clarity, but the one thing I want to point out here is that Terry played Dungeons & Dragons, and how cool is that?  Cooler than a cool thing.

Also Terry would talk to fellow RPG players, as recounted here by my friend Kari.  So my piece here is to just tell the world that Sir Terry Pratchett was a game-player, something that seems likely to be overlooked in all the mainstream obituaries. 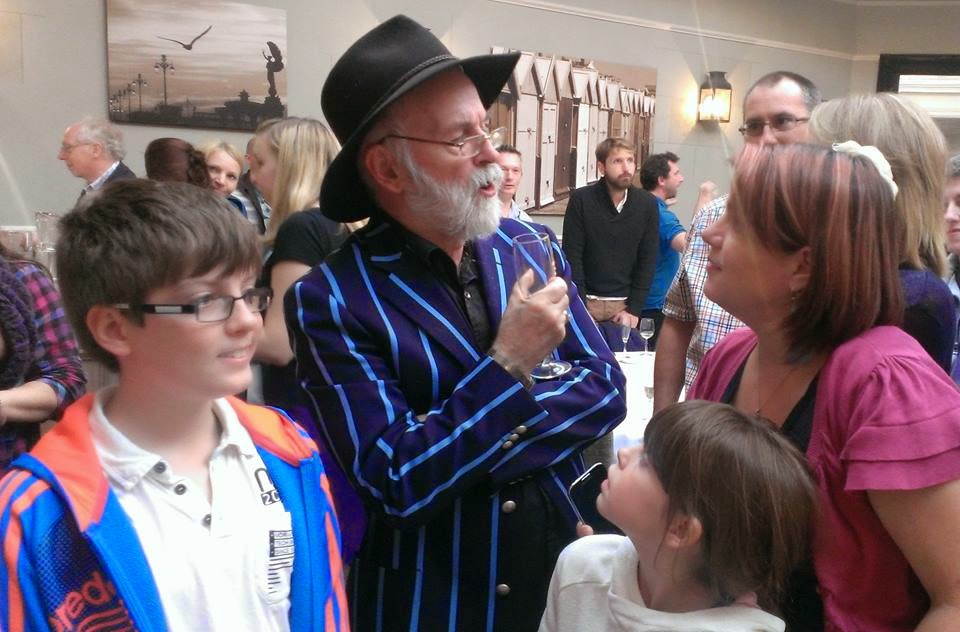