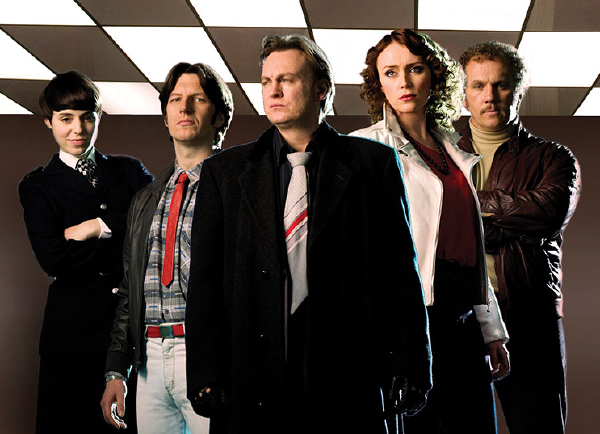 This week has seen me struggling with world building issues, with me having to go back and think through and expand ideas that the plot hangs off.  As such the forward momentum has rather slowed to a stop with only 1,401 words added to the novel, bringing the total up to 35,284 in total.

Not helped by coming off another piece of medication as a result of being clinically in remission with my rheumatoid arthritis.  What is not generally appreciated is that coming off long term medication also produces unwanted side-effects.

On the other side I've have a great week of watching stuff that I've really enjoyed.  The week started with series three of Sherlock on Blu-ray, which was excellent, and I don't care what the internet chorus says about the various episodes.  We were both thoroughly entertained.  We ended up buying this on Blu-ray because our attempts to record it ended up with us having no sound, due to our DVR system not being compatible with the way the BBC broadcasts the show.

After watching the three Sherlock episodes we transitioned to Ashes to Ashes.

This was on special offer as a three disc set, which is also helping me get my head back into what it was like to live in the eighties; a period of my life that having the pleasure of living through probably left me traumatised for life.  Still DCI Gene Hunt and DI Alex Drake and the rest of the cast have been gracing our home, and it is a hoot to re-watch.

This all of course means that we have put back watching Ghost in Shell yet again.

I'm still reading Chris Moriarty's Spin Control and loving it.  I'm tempted to blow my way through it, but given the speed at which she writes I'm savouring the pleasure slowly.

Other stuff I've done this week is obsessing about Daleks and painting some miniatures, as a way of letting my mind drift over the world building so as to avoid creating too many plot problems, or other difficulties for myself.