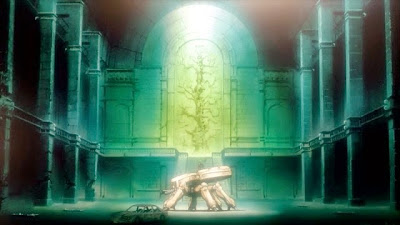 I think it's safe to say it's common knowledge that I like to read military SF.

I often see articles about favourite military books I've read, but how does one compare say the Cruel Sea with All Quiet of the Western Front?  I ask because that's the same problem one has when asking for the top military science fiction stories.  So what I decided with this piece was to list books that I've re-read over the years, which must mean they have the indescribable something all good books have: or at least they do to this reader.

In no particular order let me start with these four books, which are all arguably standalone novels:


The Forever War by Joe Haldeman.
Starship Troopers by Robert A Heinlein.
We All Died at Breakaway Station by Richard C. Meredith.
Passage At Arms by Glen Cook.

Even though The Forever War spawned two sequels: The Forever Peace and Forever Free – the first is thematic sequel that is not set in the same universe or at least if it is I can't see it.  The second was written years latter and while the characters from the first novel's story are the protagonists of the story, the story itself has different concerns and what I consider a Deus Ex Machina ending.  However, The Forever War remains one of the significant military novels of the 20th Century because it manages to meld the emotional realities of conflict with a vision of the future changing what it means to be human.

Starship Troopers is probably the second book on this list that  really needs no introduction by me, but it's a seminal military SF novel, and is so because Heinlein wrote it as a didactic work.  People argue about the book incessantly because it stirs up a strong emotional response.  I've always read the story as a retelling of the birth of democracy in Greek City States, where a citizen's duty was to protect the state.  For me, this is proof that not only do we not learn from history, but we forget everything history might teach us.

Meredith's book, We All Died at Breakaway Station, does what it says on the cover.  The story describes a desperate battle over a space station in what I would describe as a transhuman setting.  Unfortunately, Meredith died young at the age of 41, so he's not as well known today as he might have been had he lived to write more books, but what he did write are all well worth reading.

Cook's story, Passage At Arms, is Das Boot in space and is no worse for it.  Cook is better known for his Black Company series, but Passage at Arms exudes atmosphere and tension like there's no tomorrow.  Edit, because I forgot: it's also technically the fourth book in a series, but reads as a stand alone novel, and is head and shoulders above its prequels.

I shouldn't have to extol the virtues of either the Haldeman or Heinlein, but if you haven't read these four novels, then I suggest you check them out.  Finally, not a novel, but rather a collection of short stories:


The Compleat Bolo by Keith Laumer.

This volume compiles all of Laumer's Bolo short stories and while I've only read the collection once I've have read many of the stories more than once.  What I like about the Bolo series is that it's about AIs fighting to save mankind from aliens and Laumer manages to rise above the tropes of the genre.  Though one could argue he was creating the tropes, given how long ago these stories were written.