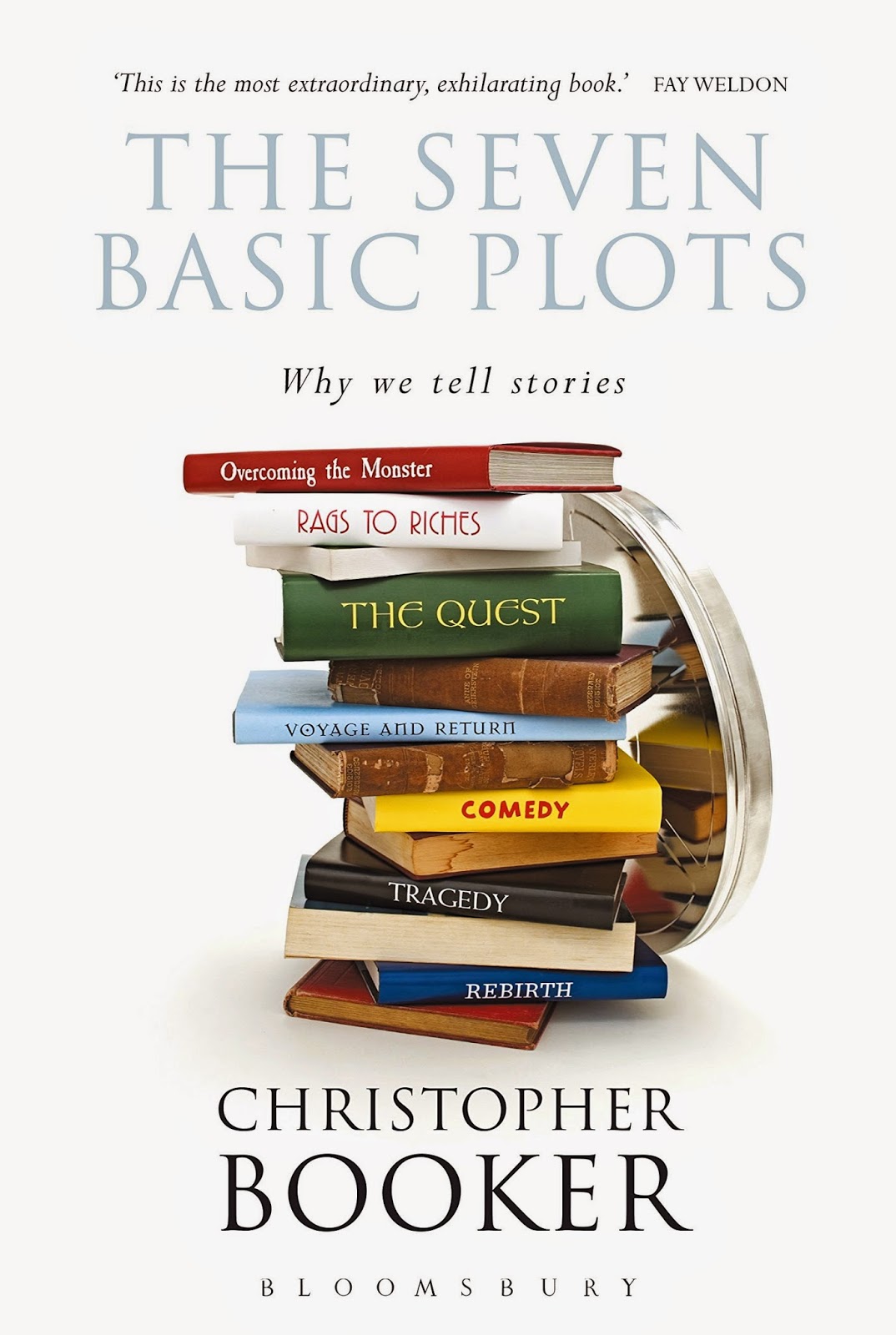 I had thought I'd already written something about Christopher Booker's book The Seven Basic Plots on this blog, but having looked through when reorganizing tags and updating titles I realized I hadn't.  So I think it's about time I rectified this omission.

After all the book has its own Wikipedia page, and not only that its own TV Tropes page.

The book is controversial, in that some people don't like the way that Christopher Booker has quantified the sacred art of story telling.  Reading the TV Tropes page gives one a light & fluff overview of the work and mentions how long it is.  Wikipedia discusses the critical reactions to the book when it was first published.  Neither are the same as actually reading the book and making up your own mind for yourself.

It took me about three months to read this book, because I would pick it up and read it for a bit, make notes in the margins, put post-it notes in so I could to refer back to passages that I thought were interesting, and then put it back down.  It's not a book that is meant to be read in one sitting, being a scholarly work that took the author 34 years to complete.

My main criticism of the work is that Christopher Booker bases his analysis on Jungian archetypes.  At one level this is OK, because this is a study of literary history and criticism, but on the other hand using pseudo-scientific Jungian psychology (as is non-replicable and done without seeking to prove the null-hypothesis) as one's main analytical tool is a bit of a poor show (as in there are psychological models with more research validity to study the human condition).

Saying that I will, without reservation, recommend anyone who wants to write stories, whether conventional fiction or world creation stories for games etc, to read this book.

Don't undertake to read it lightly, it's a massive tome, a doorstop book of epic proportions, but it so put everything together for me about why I like some stories and not others.  So regardless of my caveat about Jungian psychology being less than scientifically rigorous, the use of archetypes in story connects with people's need to understand the world around us.

So until such a time as someone comes along and writes a book about plots from a cognitive behavioural perspective read this.
Posted by  Ashley at 17:03