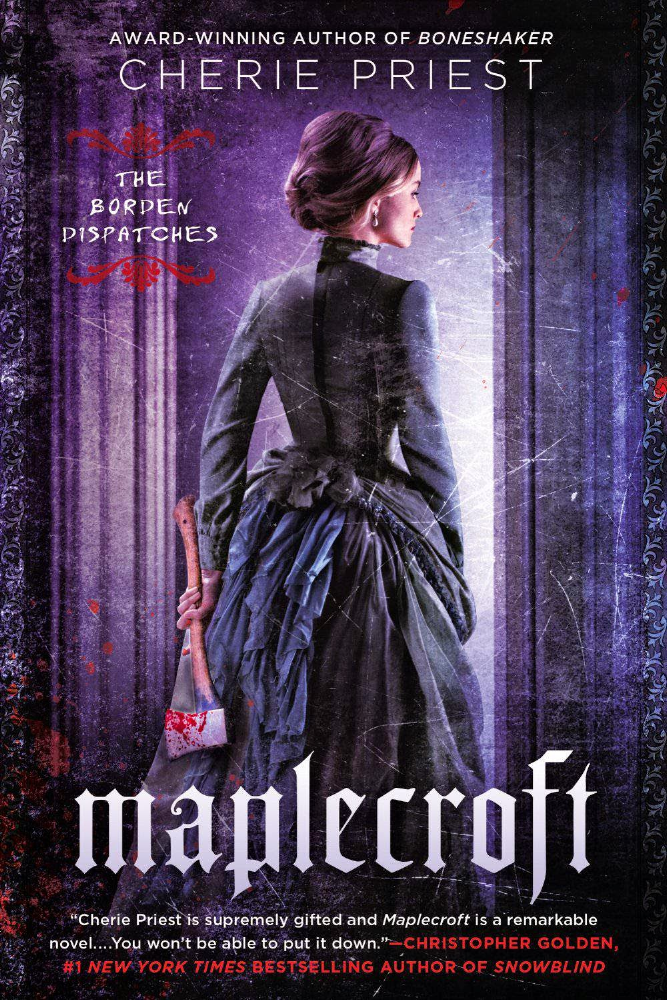 It's always a real pleasure to read a book by an author one has not read before, and be blown away by the story.  Cherie Priest's Maplecroft hits all the right notes with its re-framing of the Lizzie Borden murder case as a Cthulhu mythos tales of Deep Ones in the town of Fall River.  I started it last week and was entranced, and finished it in two sessions.  I really enjoyed the mix of history, and the creepy atmosphere of the story.  A joy to read.  I shall be looking out for more novels from her next time I'm in Forbidden Planet.

Well this week we managed to watch the last season of True Blood.  We've been fans from the start, but I confess I've only read the first of the Charlaine Harris books that inspired the show.  From reading that I've been holding back on getting the rest of the books, because I've enjoyed the TV series so much.  The final season wrapped up almost all of the plots, apart from the Were-panther's, and there was much sadness and joy.

We also re-watched the Wachowski's adaptation of Alan Moore's V for Vendetta.  A film that divides people.  I must admit, the first time I watched it, Hugo Weaving's performance wearing the mask was a bit disturbing.  But the thing is that the film has lots of powerful scenes and performances, and the music is profoundly moving.  I shall have to sit down and reread the graphic novel now.

Work wise I spent three days working on Bad Dog, using Scrivener to compile a PDF that I read, which allowed me to see the text afresh, and pick up errors or things I wanted to change.  I've now sent the current 81,869 word draft off to my editor for a report on the things that remain problematical.  As much an exercise in communication – as in seeing whether or not we understand each other, or more like have I understood her comments and done the right things?
Posted by  Ashley at 18:41