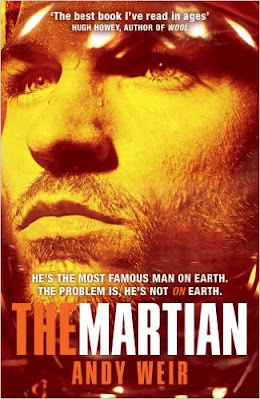 Being such an on the ball happening person it has taken me four years to get around to reading Andy Weir's The Martian.  I'll keep my review short.  I really enjoyed reading the book.

Are there quibbles.  Yes, sure there are.  The weather scene.

My critical observation;  the hero would've lost a lot of weight after 18 months on a 1200 calorie a day diet.  Like the former criticism it's really not that big a deal because stories are more than putting squicky details into the description because sometime it can be too much.  Of course, if this had been a body horror story then it would be different.

So I'm looking forward to getting the movie on disc soon.

This week I've been acting as a Beta reader for a friend of mine, going through his short story and being very critical.  In the process I've learnt some stuff about my own writing and the quirks and foibles I fall into.  Having Beta readers and acting as one for others is one way of upping one's game.

No boring word counts this time, so that's it for another week.