Its Time of the Season 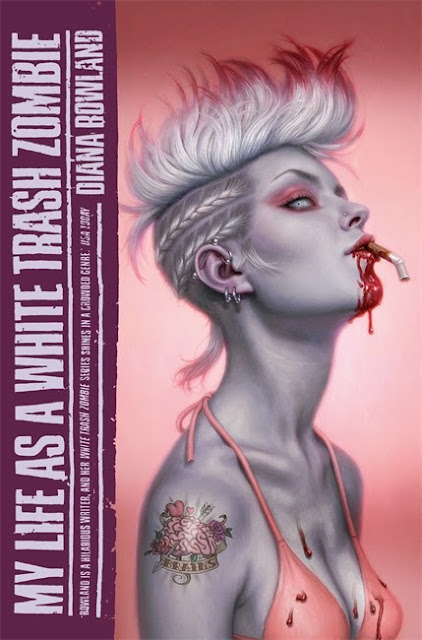 A call out to The Zombies, because this week I've read two zombie books.

The first is My Life as a White Trash Zombie by Diana Rowland, which you can probably tell by the title is not World War Z.  My partner bought it after reading an excerpt somewhere online and  suggested I should read it.  The title pretty much tells you what it's all about.  It's a light-hearted rags to riches urban fantasy story that takes the topic and treats it to an off the wall approach.  I really enjoyed this even though I wasn't expecting much.  I'm very much looking forward to reading the two sequels.  BTW brains taste nice.

The second zombie book I read this week was Feed by Mira Grant aka Seanan McGuire, which is set in a post zombie World War setting.  The title has a double meaning as the story is about bloggers who write about the news; in this all the zombie news that's happening, with a shout out to people like the late Steve Irwin etc.  So replace crocodile with zombie and you're good to go.  I really like the writing in this book and I certainly will be acquiring more books from her.  But, be warned she has a touch of the George R.R. Martin about her, in that she kills off characters.  Minor spoiler warning – she kills the kitten that one of the characters has saved from a zombie outbreak, which really shocked me.  So all I'm saying is don't get too attached to characters.  There again it wouldn't be a zombie book otherwise.

As for my writing this week I have to be honest and say I got very little done.

I've not been able to face up to re-reading Strike Dog again out loud.  So I spent the time researching stuff for my next novel instead, which is tentatively titled The World of Drei.  It's an expansion of my short flash fiction piece called Territory, which I first commented on here.   I submitted it to The Magazine of Fantasy and Science Fiction and I had a very nice rejection back from them.  You can read the original idea for the short here.
Posted by  Ashley at 18:28