Silence: Book 1 of The Queen of the Dead 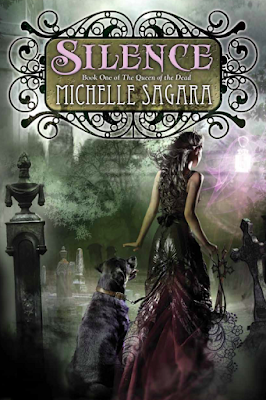 Well it's May bank holiday weekend here in Britain, and Memorial Weekend in the States, so I am with my partner hanging out and generally kicking back.  Yesterday was definitely a lazy day as I didn't sit down to write my weekly progress diary, hence the one day delay until today.

I've just re-read Starship Troopers again, which never fails to surprise me each time I read it.

This time I walk away with some new insights about the writing style and the plot of the story.  Heinlein, despite his faults, is one of my core SF writers from the time when I was a very impressionable youngster.  As such I remember the works of his I read quite fondly.

The only book of his that I don't particularly like is Farnham's Freehold.

I also read an urban fantasy book called Silence: Book 1 of The Queen of the Dead by Michelle Sagara yesterday.  Indulging in the luxury that comes from reading a good book rather than trying to write one.  I was really captivated by the opening chapter of this book.

The writing style is absolutely lovely, and I read the whole book in one sitting, which doesn't happen often to me nowadays.  I can't think of a better recommendation than that.

As for my own humble writing efforts this week I managed to take twenty-six letters and arrange into combinations that added up to 5,214 words, which makes my running total for the month so far 16,862 and the first draft of Strike Dog has now reached 33,951 words.

On this note, one of my readers commented that word count is a poor measure of writing progress.

I suspect that by progress he means something more than number of words written, which is correct.  However, I'm a cognitive behavioural therapist by trade, and one thing that we do is take measures.  My diary, for me, is about having a tool to measure my progress in achieving the goal of finishing a book.  It helps me to look back at my work when I'm feeling I haven't achieved very much, and see that I've written more than I thought I had.

I shall have to come back and unpack this more at a later date.

So enjoy the rest of the weekend and catch you on the bounce.